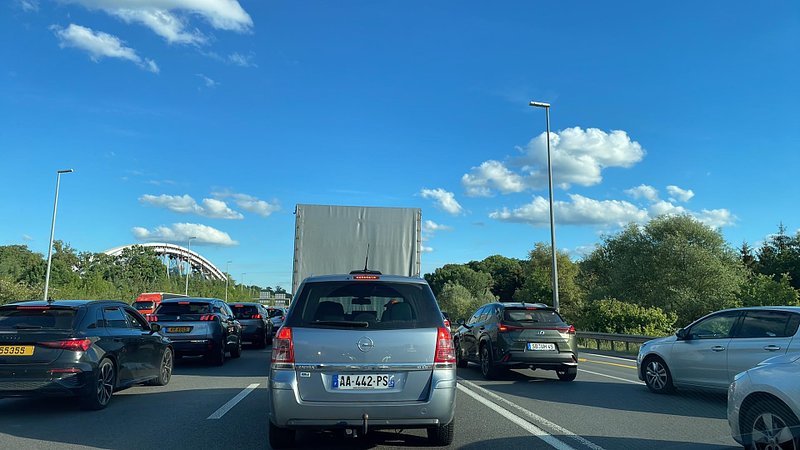 Shortly before 3.50pm on Wednesday, an accident occurred on the A3 between Luxembourg City and Thionville near Aire de Berchem.

The Luxembourg Police announced at around 3.50pm that an accident had occurred on the motorway towards France near Aire de Berchem, where construction work is underway to widen the lanes.

Motorists will have to be very patient as traffic is moving "very slowly" on the left lane. A traffic jam of several kilometres has formed within a few minutes on the section of motorway which is currently already reduced to two lanes due to the construction work. The traffic jam stretched as far as Croix de Gasperich.

At around 4.10pm, the police announced that the cars had been placed on the "construction site" side of the motorway, freeing up the two lanes.

To avoid the traffic jam, motorists can take the A4 towards Esch-sur-Alzette, then the A13 towards Schengen as far as Croix de Bettembourg before heading on the A3.