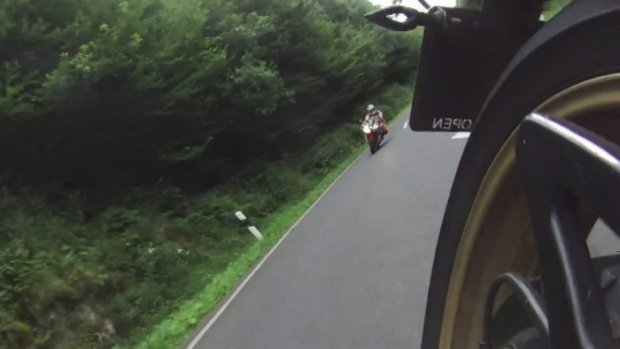 A motorcyclist suffered severe injuries on Sunday after crashing into a car near Bourscheid.

On Sunday afternoon, a collision between a car and a motorcycle occurred on the CR348 near Bourscheid. The motorcyclist suffered life-threatening injuries in the accident and was brought to a hospital.

Between 2.45pm and 5pm, police conducted traffic checks in the Ehlerange tunnel on the A13 motorway. Twelve motorists were caught speeding, out of whom three exceeded the 90 km/h limit to the point of having their license revoked.

Shortly after 6pm, a security guard working at a shopping centre in Huldange alerted the police to an accident involving two cars. Although only material damage occurred, both implicated drivers were allegedly fighting in the car park. Officers at the scene found that the motorist responsible for the accident was drunk and was therefore issued a provisional driving ban.

A motorist caught the attention of police on Rue de Schifflange in Kayl at 9.30pm. When officers checked the man in question, he explained not having a driving licence nor registration papers for the vehicle. The alcohol test came back positive, which is why officers seized the vehicle and informed the prosecutor's office.

Around 1am, police encountered a motorist in the capital who was driving down Rue des Bains without headlights. When officers wanted to stop the vehicle, the man continued driving. A subsequent alcohol test came back positive and another provisional driving ban was issued.