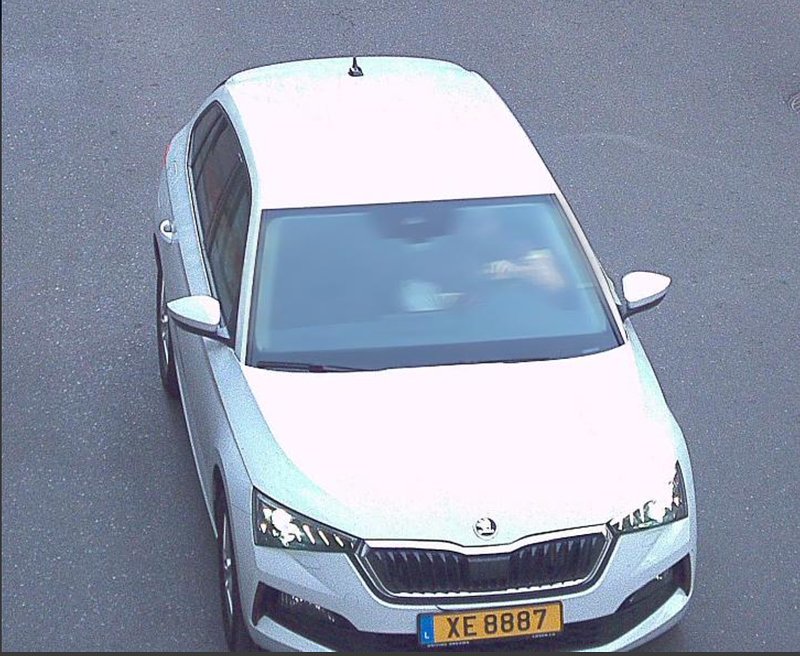 Picture of the Skoda from Luxembourg implicated in the murder case, shared by Belgium's federal police. / © Police fédérale belge

A car registered in the Grand Duchy has been brought into connection with a murder case in Belgium, which is why local authorities have extended their call for witnesses to Luxembourg.

The Skoda Scala in question has the Luxembourgish license plate "XE 8887". Belgium's federal police first launched an appeal for witnesses relating to the case in April this year, hoping to find people with valuable information on the murder that took place in Molenbeek-Saint-Jean.

According to local authorities, the Luxembourgish Skoda was seen stopping next to a blue Nissan Note on Rue Dubois-Thorn at 8.35pm on 18 April 2022. An armed man then left the former vehicle, entered the Nissan, and opened fire on the passenger of the stationary vehicle.

The attacker then reportedly fled the scene towards Rue d'Osseghem on foot, although the Skoda was observed leaving in the same direction. According to our colleagues at RTL Belgium, the murder victim was a 20-year-old man.

The investigation into the murderer and his accomplice is still underway. Due to the implication of the Luxembourgish car, local authorities have extended their call for witnesses to the Grand Duchy in hopes of identifying one or both individuals.

People with valuable information on the case should contact Belgium's federal police via phone (+32 25 54 44 88) or fill out a form on their website.