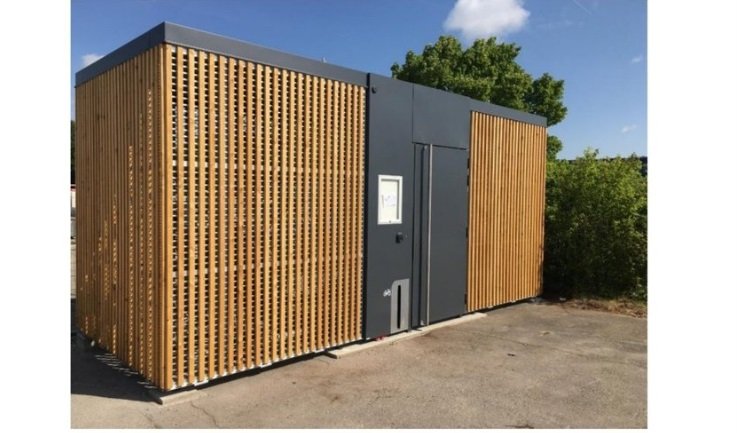 A Twitter user took offence at the fact that airport employees would have to pay to use a new bicycle parking area while parking spaces for cars are available for free.

A new bike locker has just been installed near Findel Airport (at the E20 station, near the Luxairport administration building). On paper, it appears to be a well thought out parking area: 19 spaces, four of which have a recharging system for electric bikes, photovoltaic panels, secure door locks…

In short, employees who cycle to the airport should have everything they need to be happy. But there is one small problem: you have to pay €5 a month to use this bike locker. Of course, that's not so expensive for a parking lot in Luxembourg City, you might say.

Except that the issue is not financial, but political, according to Twitter user Siggy the Cyclist:

Your carpark is free of charge for employees, but you are asking 5€/month for bikes?

How exactly is this "a favour of soft mobility"? pic.twitter.com/sl9ItKhFgi

Luxairport does indeed present this pay-to-use bike locker as "an initiative in favour of soft mobility". The question why the service was not made available for free in order to encourage people to use bicycles instead of cars is thus more than justified.

Our colleagues from RTL 5 Minutes contacted Luxairport, which first of all pointed out that "free parking is a benefit in kind for staff granted in the framework of contracts or work agreements, from which the staff of Luxairport benefit. In addition to the car park, we provide bicycle stations, which are also free to use. For example, for people working at the terminal, a bicycle station is located directly in front of the building, in car park C."

In short, Luxairport points out that there are already free parking spaces for bikes that employees can use.

The new bike locker should be seen as an "additional offer," according to Luxairport.

"This locker offers a closed, sheltered space with the possibility of electric recharging. We have also offered access to this space to other airport stakeholders working in the area. Therefore, the user fee charged was supposed to cover the costs of maintenance and ongoing operation."

However, the controversy generated by the €5 subscription fee prompted Luxairport to change its policy: "In view of the feedback we received, we examined the possibilities and decided to support green mobility 100% by transforming this user fee into a deposit for access rights."

Luxairport concluded their statement by saying that the management is "currently investigating the possibilities to increase this offer within the airport perimeter."