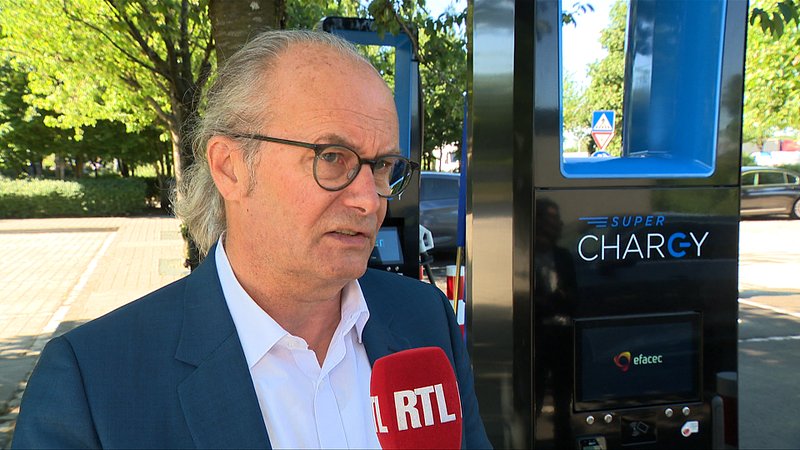 Our colleagues from RTL spoke to Ministers Turmes and Bausch about the European infrastructure for charging electric vehicles, which they believe will significantly improve by 2023.

According to a recent Ernst & Young poll, more than half of potential buyers world-wide consider switching to hybrid or fully electric cars for a first time in history. For many people living in the European Union, electric vehicles will become mandatory as of 2035 when it is no longer permitted to sell petrol or diesel-fuelled cars.

People who tend to rely on their cars for holidays are concerned about the upcoming mandate. According to the Electric Vehicle Database, the current models average 326 kilometres when fully charged. This means that several breaks have to be taken in case of farther travel destinations, which raises the question if the wider network of charging stations is already sufficiently developed.

Minister for Energy Claude Turmes acknowledges that the "situation is not yet ideal". However, an EU regulation mandates that member states increase their investments into electric transportation and infrastructure by 2025.

"Unfortunately, countries such as France and Italy are not yet where we are. But over the course of the next two to three years, these countries will be forced to upgrade their infrastructure", explained Minister Turmes.

The EU regulation further mandates that the network of charging stations needs to be visible online. Furthermore, live updates about availability are to be provided.

The six new 'SuperChargy' stations at the Aire de Capellen promise to charge cars in transit by up to 80% in 20 minutes. Minister for Mobility and Public Works François Bausch was also present at the opening ceremony: "This is an important step towards the goal that we set ourselves."

By 2030, 50% of newly registered cars are to be emission-free, the Greens Minister further noted. "It is therefore important to develop a network of regular and fast charging stations, which are to be used for long transits."

88 new super-charging stations will be installed by Creos at 19 different locations in the period of 2021 to 2023. The locations include car parks on Luxembourg's six motorways as well as spots near main roads across the country.

Asked about Luxembourg's potential to maintain its international appeal for recharging cars, Minister Bausch responded: "Why should we not benefit? At the moment, we are number two in Europe when it comes to infrastructure. The Netherlands are still ahead of us, but we will close in on them. We are well-underway in our preparations of offering the best infrastructure to international traffic. And paired with green electricity, we will also have fewer problems with CO2 emissions."

The new electric installations at the Aire de Capellen suffice to quadruple the number of charging stations in the future. First Vice President of the European Commission Frans Timmermans was also present at the inauguration. He currently leads the implementation of the European Green Deal as well as the first European Climate Law.

Before the end of the week, the Chamber of Deputies will vote on a draft law proposing financial support worth €40 million to companies that install private charging stations. In doing so, the Ministry for Energy hopes to offer incentives for the installation of hundreds of charging stations in the coming years.