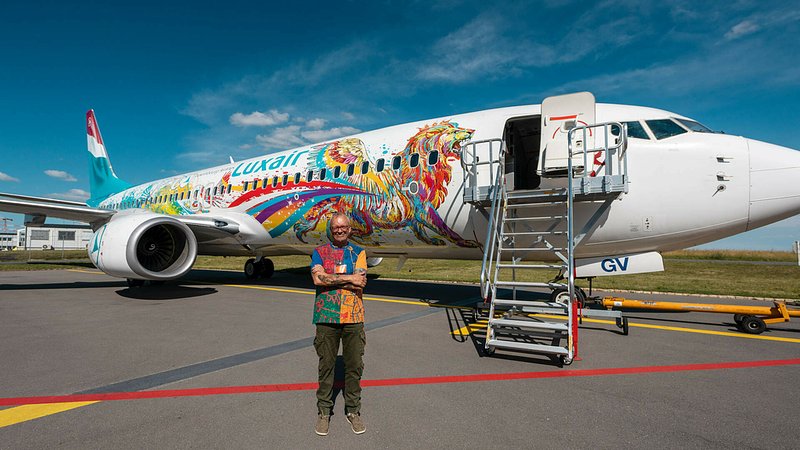 To celebrate the 60th year since Luxair's operations began, the Luxembourgish airline commissioned Marco Weiten to come up with a new design for one of its Boeing 737-800.

Weiten thus follows in the footsteps of artist Sumo, the last person to come up with a flashy design for the Luxair plane.

The airline launched a call for new artists on 28 February this year. The idea of the competition was to express a vision of the company's future and values.

More than 60 applications came in. A jury consisting of professional artists and Luxair board members selected Marco Weiten's work as the next piece to feature on one of the airline's planes.

The aircraft in question is the Boeing 737-800 'Anniversary edition'. The first flight with the new design took place on Wednesday, as the plane flew from Luxembourg to Tenerife.

Weiten provided insight into the idea behind his design: "The colours of Luxair unite in one of Luxembourg's most powerful symbols, the red lion. All the colours converge here and the lion thus rises like a phoenix to enter a fantastic future."

The very first Luxair flight took off on 31 March 1962 and was bound for Paris Le-Bourget.