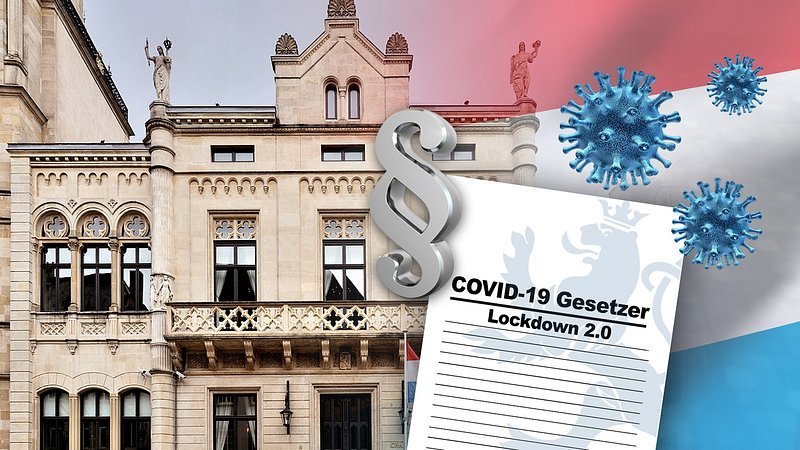 Despite rising infections, the Covid-19 restrictions will once again be relaxed.

The official reason for this is that hospitalisations due to Covid-19 remain low and hospitals have access to better pharmaceuticals to treat patients experiencing a severe course of the disease.

The 3G CovidCheck (tested, vaccinated, or cured) will be dropped at retirement and nursing homes, but face masks will remain mandatory. Meanwhile, all health measures will be lifted in prisons and detention centres.

Under the new Covid-19 law, those who contract Covid-19 will now have to isolate for only seven days instead of ten, and they may leave isolation after 24 instead of 48 hours, if they test negative on two consecutive rapid tests.

The new Covid-19 law was passed unanimously by MPs. The new regulations are expected to be in place from 1 July to late-October.

MP Mars di Bartolomeo, the rapporteur of the draft bill, stated that "it looks like the worst is behind us," before adding that the country nevertheless "needs to be prepared for every scenario, including a more dangerous variant in autumn".

The Christian Social People's Party (CSV) agreed with this assessment, with MP Claude Wiseler demanding that the government needs to be prepared for a new wave by September. The CSV regrets that there is still no project for a general pandemic law, and that the expert group has still not submitted its opinion on the potential introduction of a partial vaccine mandate.

The Alternative Democratic Reform Party (adr) reiterated that it remains opposed to any kind of vaccine mandate. The adr, as well as the Left Party (Déi Lénk) and the Pirate Party, wondered about the government's current stance on a vaccine mandate.

While Minister of Health Paulette Lenert was not present, Minister of Social Security Claude Haagen announced in her name that the opinion of the expert group is expected to be available by next week. Once the experts have submitted their assessment, the government will take a stance accordingly.