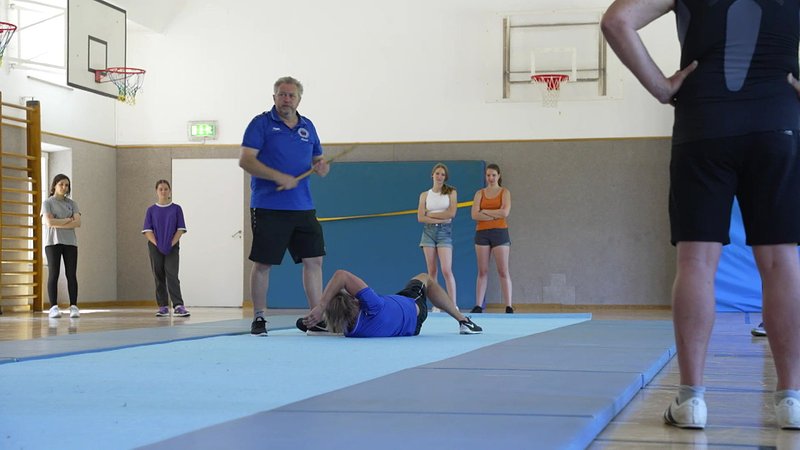 The classes, organised by a group of students, were part of a project about violence against women.

The aim of the class was not just to learn a few good moves, but also to teach a general attitude. The best thing is to avoid confrontation altogether.

You will almost always find someone who is stronger than you, was the lesson. And there is often a short path from being a victim to becoming the aggressor. Still, sometimes you are not given a choice and for these situations, teenagers are learning a number of techniques.

The workshop was organised by the students themselves. Britney Heyard is one of the organisers. Together with three of her fellow students, she set up the class as part of a school project. It is a topic that is important to them.

The self defense class was only one aspect of the project, which aimed to raise awareness about violence against women. 1 in 5 women has experienced sexual violence. They have an Instagram account to discuss the topic, and organised a round table discussion in the spring.

Physical violence affects both men and women. Nearly a third of people in Luxembourg have been a victim of violence in the past five years, a Statec study has found. Half of the population has experienced psychological violence during their life.

Over 30 students signed up for the class, which allowed them to confront situations that they will hopefully never experience in real life. A strategy they learned was to loudly draw attention to yourself. In case of doubt, it's better to do it once too many than not often enough.