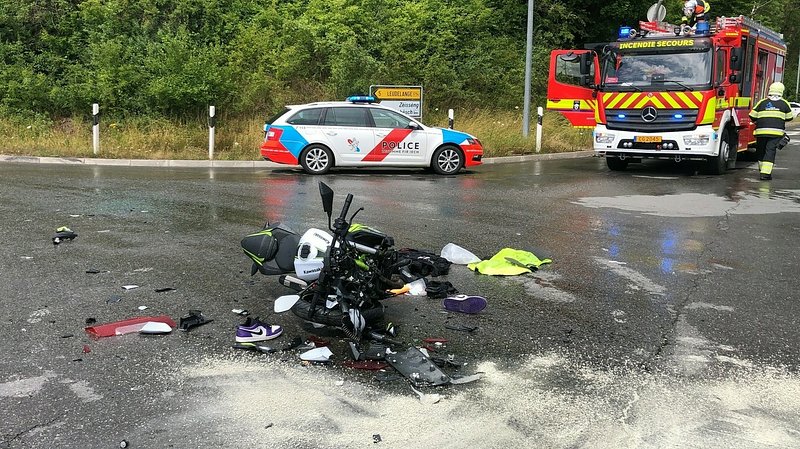 At around 2.50pm on Friday, a minibus collided with a motorcyclist near the N4/ Route d'Esch junction on Rue Roudebesch near Leudelange.

Rue Roudebesch was closed to traffic in the direction towards Leudelange, police said on Friday.

According to initial reports, the motorcyclist was brought to hospital with serious injuries. Luxembourg City paramedics were at the scene, as well as fire fighters and the Mamer ambulance.

At around 1.30pm two cars were involved in a collision between Bettembourg and Dudelange on the N31, leaving one person injured. Dudelange ambulance crews attended the site of the crash, as well as Bettembourg fire fighters.