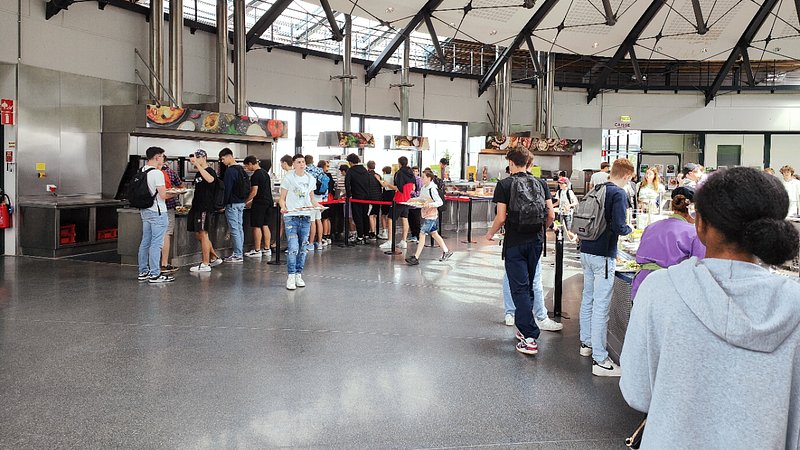 Minister of Education Claude Meisch said that the Ministry would work with producers and students to come up with a solution.

The Ecological Movement (Mouvéco) and the Young Farmers Association recently criticised the proposed reform of Restopolis, the company responsible for preparing over 15,000 meals in school canteens each day, describing it as a "lost opportunity." When it comes to the objectives relevant to regional food, which include a greater offer of vegetarian and vegan alternatives as well as a stronger emphasis on organic produce, the two groups believe that the draft bill is not rigorous enough.

There is no denying that the cuisine served in Restopolis' school canteens has improved but getting there was not easy.

In an effort to reach an agreement, the Ministry met with the various student committees. Meat consumption has decreased by 17% over a nine-month period. Currently, 50% of all orders are for vegetarian and vegan food. Gromperekichelcher (Luxembourgish potato fritters) with fried eggs is, according to Restopolis, the most popular dish in this category.

The top non-vegetarian meal is bouchée à la reine (a type of vol-au-vent made of puff pastry croustade filled with a salpicon and a rich sauce).

Students pay €4.70 for a meal consisting of starter, main, and dessert.

Speaking to our colleagues from RTL Télé, Meisch stated that the Ministry wants to win over students with the "quality and the variety of the menu". But the Ministry also wants to include "elements of nutrition education," to introduce students to a healthy diet. The Minister also assured that the goal is to move towards "a more sustainable diet with a greater focus on local production and organic produce".

Meisch thinks that these figures could serve as an "encouragement" for Luxembourg-based producers to switch to a different style of farming. In cooperation with the Ministry, farmers could also determine which products could additionally be grown in Luxembourg. However, the Minister also argued that producers may need to pool their production. "We need large quantities for our canteens," Meisch pointed out.

On Wednesday, Restopolis served strawberries – from Belgium. According to Restopolis, they were unable to source the required quantity locally. Following the criticism by the Young Farmers Association, the Minister met with representatives of the agricultural sector to discuss production and potential modifications or reforms to supply chains. Additional meetings are planned to determine how small producers can help supply future meals for Luxembourg's students.
The full report by RTL Télé (in Luxembourgish):