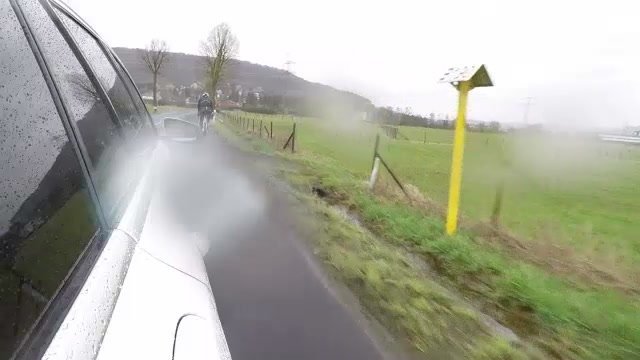 After already enquiring once about the respect of the minimum safety distance while passing cyclists, MP Sven Clement from the Pirate Party decided to submit a follow-up question.

In his reply to the first parliamentary question, Minister of Internal Security Henri Kox stated that over the past six months, no car drivers had been fined for not respecting the safety distance while overtaking a cyclist. The 'ProVelo' association released a statement shortly after the Minister's response was published, criticising the police for not effectively enforcing the 1.5-metre distance.

Only 33 violations have been noted in the official police statistics since the law went into effect in April 2019.

The Minister argues that it would "not make sense" to conduct specific checks for this offence and admits that police officers only rely on observations made with the naked eye to identify violations of the required distance. According to Kox, the Luxembourg Police does not own any specific technical equipment for this task. The Minister goes on to say that the introduction of the 1.5-meter safety distance was more of a "preventive measure" meant to instill a sense of accountability in motorists.