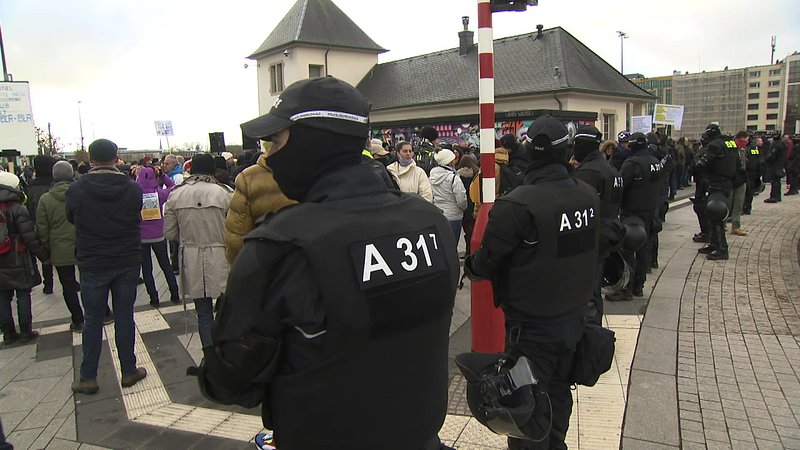 Following the violent demonstrations in winter, the ministers for Police and Justice had already announced changes to the penal code.

An average of 400 police men were present for the 12 demonstrations against Covid measures held within a fixed perimeter. Changes to the law and harsher punishments are meant to better protect them in the future.

"Rebellion against state authority" will see more severe consequences, while doxing, meaning publishing private data online with the aim of harming a person, will be included as an offence.

Police will also be given the means to investigate pseudonymously online in the context of crimes with prison sentences. The law regarding police bodycams should be introduced by 15 July, said Police minister Henri Kox.

Pirate MP Marc Goergen welcomes the increased protection of police officers, but regrets that it still isn't known whether the overtime accrued over the demonstrations has been reduced since.

Protest law being drawn up

Henri Kox announced a protest law is in preparation. The right to protest and freedom of speech will be enshrined in it, and it is important that it apply to the entire country, said Kox.

The CSV is eager to see the law in action. After an organiser of anti-Covid demonstrations, charged with incitement, threats and insults was recently acquitted, Laurent Mosar wonders whether our current laws are clear enough and the list offences inclusive enough to punish such behaviour.

He is waiting to see whether the prosecution will appeal the decision and what happens on appeal.