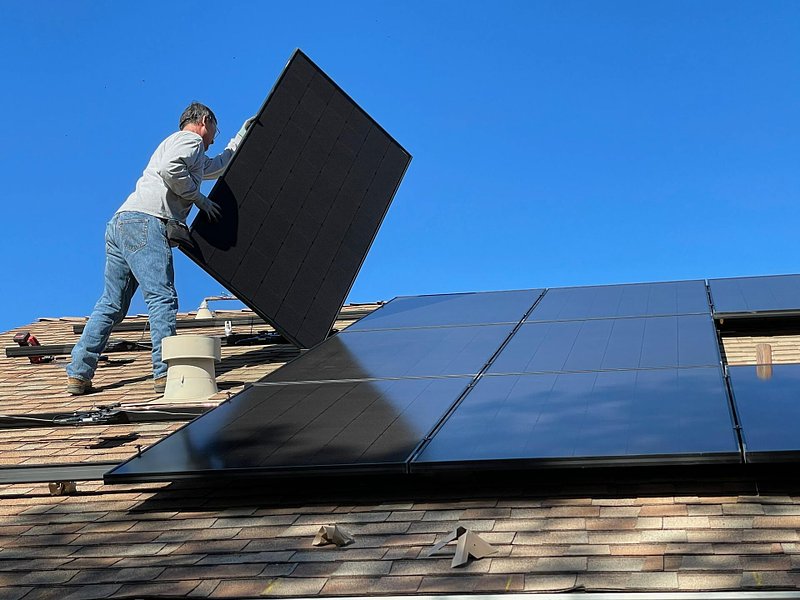 Renewable energies are not only beneficial for the climate and health, but also for democracy and freedom, says the association Eurosolar, which has been campaigning for an energy transition in Luxembourg for the past 20 years.

Countries in Western Europe pay up to a billion euros per day for oil and gas from Russia - a sum which would easily build up to 66,000 photovoltaic plants per day.

Read also: Eurostat: Luxembourg lags behind on renewable energies
The pandemic and Ukraine war have led more people to embrace renewable energy plans - a shift which is reflected in the demand for new installations, although the sector has been hit by supply shortages.

The Grand Duchy currently produces around 19.3% of the electricity used in the country itself, while the rest is imported. However, due to the expansion of photovoltaics and wind energy, capacities have increased over the last year. A third of the electricity produced in Luxembourg now hails from solar and wind energy, while the nation's other resources are made up of gas, hydropower, biomass, incinerated waste and bio-gas.

Although the situation has improved somewhat in recent years, the government is still seeking to accelerate the transition with offers of premiums. Photovoltaic systems can be subsidised, while the state also promotes other heating alternatives. However, these schemes have been met by some criticism, namely that premiums and grants alone are not sufficient.

Luxembourg aims to become climate neutral by 2050. Yet, says Eurosolar, it still has a long way to go.

The Grand Duchy has turned to European cooperation as part of its efforts to reach climate neutrality, investing in offshore wind farms off the coast of Denmark to source sustainable electricity.

But elsewhere, Eurosolar says the country must look for new ways to utilise agricultural land, for example, in order to build solar energy plants, as is the case abroad. There are plans to implement a pilot project along these lines in Luxembourg.

Luxembourg should also turn to innovation, argues Eurosolar, as is the case for Austrian start-up EET, which has developed solar modules which can be installed at home using electrical sockets. The device could help homeowners to save up to 25% of electricity per year - but Luxembourgers seeking to use these items must check with their local municipal authorities first, to ensure they do not violate building regulations.