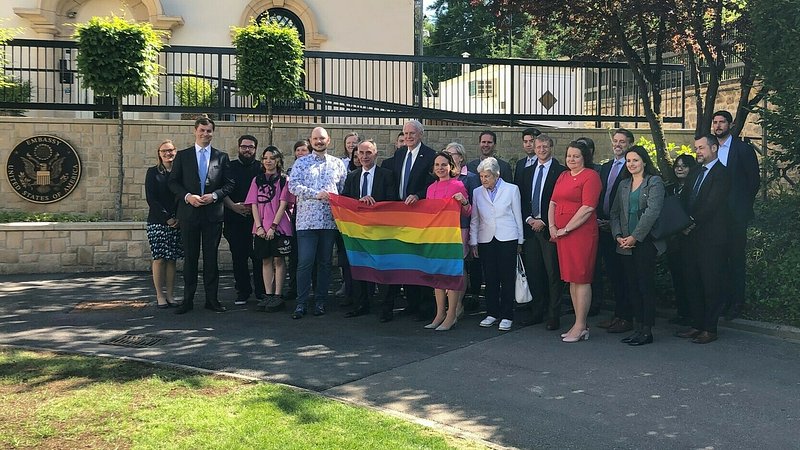 On June 1, U.S. Embassy Luxembourg raised the rainbow flag marking the beginning of Pride Month in the United States. Pride Month commemorates the ongoing pursuit of equal justice for the lesbian, gay, bisexual, transgender, queer, and intersex community and celebrates the accomplishments of LGBTQI+ individuals and organizations.

"We cannot and will not forget that across the world even today, LGBTQI+ persons face violence, stigma, lack of access to basic services, and, in approximately 70 countries, criminalization of their status or behavior. 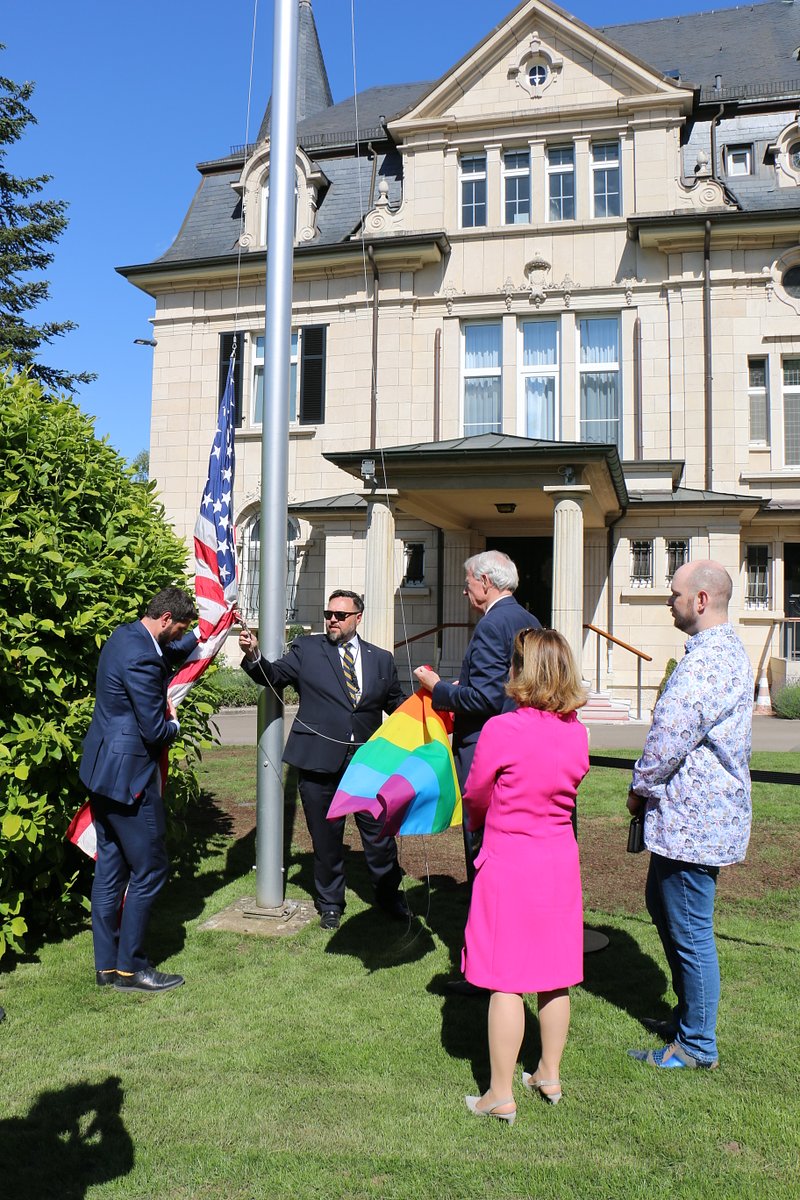 We are raising the rainbow flag at the U.S. Embassy Luxembourg this June to demonstrate our continued support for the LGBTQI+ community and reaffirm our commitment to advancing human rights that must always be equal to all."

The flag raising ceremony was attended by the Minister of Family and Integration and the Greater Region, Corinne Cahen, Ambassadors and Diplomatic Corps members, representatives of LGBTQI+ civil society organisations Rosa Luxembourg and CIGALE and members of Luxembourg LGBTQI+ community. 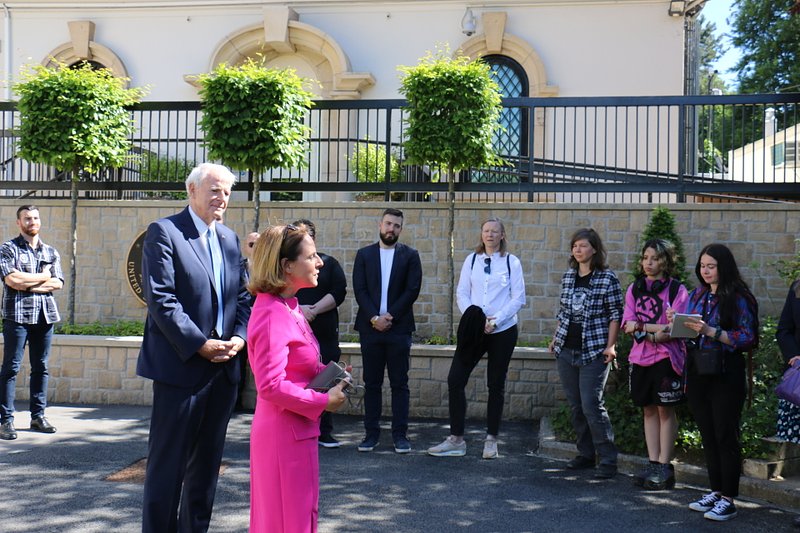