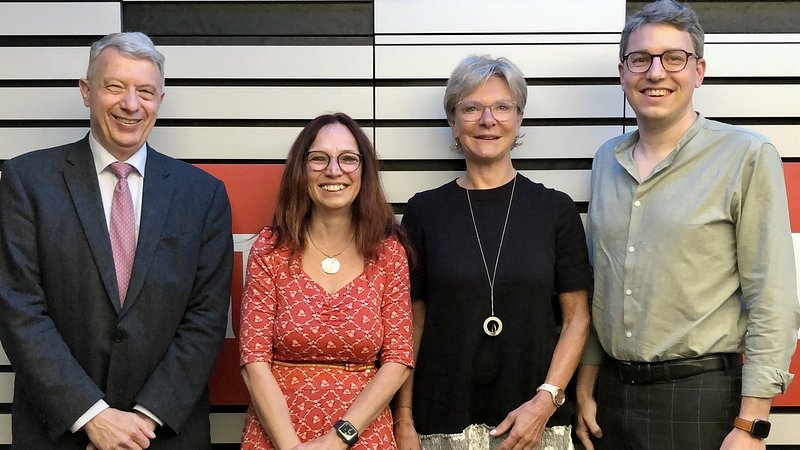 Left MP Myriam Cecchetti said the housing problem needs to be tackled at its root, "Maybe we have too many people that are too well off and not... interested in resolving the problem". The CSV, ADR and Pirate Party leaders also criticised government policy.

On Saturday afternoon, leaders of Luxembourg's political opposition sat down for a roundtable discussion on RTL Radio to discuss Carole Dieschbourg's resignation, the tripartite, and housing.

Invited to the interview were MP and co-fraction president Martine Hansen from the Christian Social People's Party (CSV), MP Fernand Kartheiser from the Alternative Democratic Reform Party (ADR), MP Myriam Cecchetti from the Left, and MP Sven Clement from the Pirate Party.

In regards to the recent resignation of Carole Dieschbourg as Minister for the Environment, Climate and Sustainable Development, MP Kartheiser noted that legal procedures have to be respected.

Clement expressed his view that the chronological order of events is indicative of wrongdoing. He doubts that this problem can be resolved by finding a flaw in the process, an opinion also shared by Hansen and Cecchetti.

Cecchetti explained that MPs have yet to be informed about the outcome of the hearing led by constitutional expert Luc Heuchling. The opposition politicians all agreed that targeted constitutional amendments had been necessary for a long time, but since they were never resolved, the current legal texts have to be followed.

Saying that procedures are outdated is not a valid argument, added Kartheiser.

Clement criticised the fact that only one expert is to be heard by the Chamber Bureau and the Conference of Presidents. Requests to invite external people to hearings, filed by the opposition, are often refused.

Cecchetti argued that the Greens' strategy has created doubts about political integrity.

Hansen conveyed that CSV supports the tripartite agreement, but simultaneously warned that her party will rigorously observe the further unfolding of the situation. Some points still need to be cleared up, she noted.

Since it is now known that the National Institute of Statistics and Economic Studies (STATEC) predicts another index cut, the social partners will be invited for another meeting. Hansen underlined the need for regular dialogue, which should not only be picked up in times of crisis.

Another issue up for debate on Saturday was the housing crisis. Cecchetti explained that it is extremely problematic that many households are forced to spend more than half of their wages on rent or loans.

Clement said that the short-term policies of the current administration will limit the freedom of the next one. Clement and Kartheiser both warned that the current interest increase for housing loans may result in a significant loss of buying power.

Read also: Interest rates on the rise in Luxembourg

The housing problem needs to be tackled at its root, concluded Cecchetti: "Maybe we have too many people that are too well off and not really interested in resolving the problem."