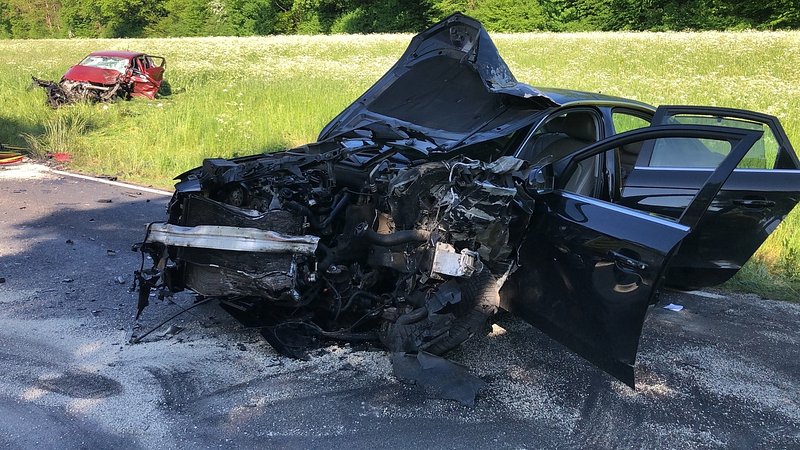 Two children were injured after being knocked down by cars in Redange and in Munshausen on Friday afternoon. The first incident took place at 1pm on Rue de la Gendarmerie in Redange; the second, at 4.20pm.

In Luxembourg City a van struck a post not long after midday, causing material damage. At 4pm a car and a lorry were involved in a collision, leaving one person injured.

Another lorry was involved in a crash on Rue Romain Fandel, Esch-sur-Alzette, at 1pm, causing material damage.

A motorist hit a tree on the N24 between Oberpallen and Beckerich, while in Vianden, another car hit a wall on Rue du Sanatorium, injuring one.

Another person was injured in Waldhaff shortly before 4pm after a motorbike collided with a van.

Later on, two people were injured in a collision between two vehicles on the road from Beidweiler to Weydig. A similar incident took place between Erpeldange and Derenbach, leaving one person with injuries.

The ACL reported 7 accidents in commuter traffic at around 5pm, while the emergency services later reported two small fires, one in a container in the capital, and the other a mulch fire between Bertrange and Helfent.

Driver's life in the balance after horror Mamer crash

Two cars were involved in a serious incident between Mamer and Kehlen at around 4.30pm, leaving two people with grave injuries.

According to Friday's police report, a car travelling from Kehlen swerved into the wrong lane after the driver lost control of the vehicle. As the driver attempted to regain control, the car struck the barrier at the side of the road, bouncing back into oncoming traffic and causing a full-frontal collision with a car coming from the direction of Mamer.

The force of the impact sent the second car into a nearby field and caused the engine block to detach from the vehicle.

Both drivers had to be extricated from the wreckage of their cars by police, emergency services, and passersby. The driver of the first car was seriously hurt, while the second is said to have suffered life-threatening injuries.

The public prosecutor's office dispatched the judicial police to the scene to collect evidence and confiscate the vehicles. The road was closed until 8.30pm to allow clean-up and forensics access to the site.