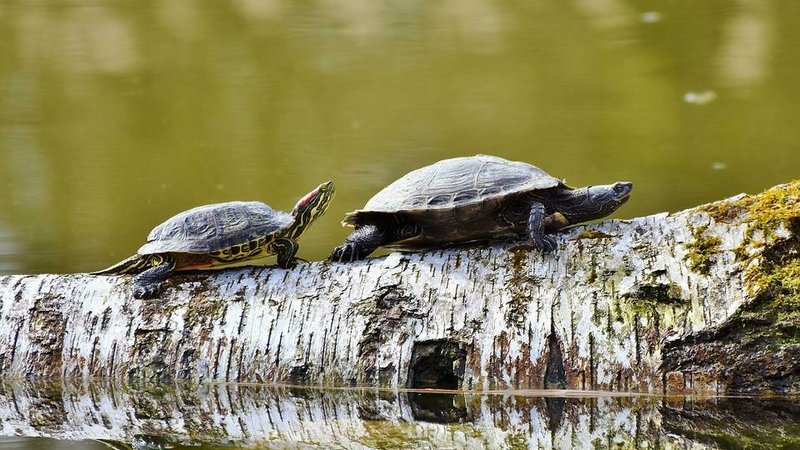 The Ministry of the Environment confirmed that a number of turtles had been captured with "turtle traps" and euthanized at the "Haff Réimech" nature reserve near Remerschen.

Minister of the Environment Joëlle Welfring responded to a parliamentary question issued by Pirate MP Marc Goergen, confirming that 72 turtles had been put to sleep by a vet. Tiago de Sousa of the Nature and Forest Agency explained that the "trachemys scripta" turtles, or pond sliders, were considered an invasive exotic species which posed a threat to local flora and fauna, such as great crested newts.

An EU regulation means that local authorities have an obligation to take action against such species, de Sousa added.

The Ministry of the Environment, following consultations with the Nature and Forest Agency and Luxembourg's veterinary association, agreed that the turtles should be humanely captured and put to sleep.

Invasive species are among the top 5 reasons for loss of biodiversity. The pond slider turtles are particularly tricky, as they are omnivores and thus pose a threat not only to aquatic plants, but also fish and invertebrates, including the endangered great crested newt.

De Sousa explained it was not always possible to relocate the animals in sanctuaries due to limited capacity, as it could mean that private owners would then lack the option to give away their own pets. The Ministry suspects the turtles' initial presence in Remerschen was due to creatures being released into the wild by former owners in the first place, then going on to breed.

It was not feasible to rehouse the turtles in this instance, de Sousa added, due to the high number and the fact such a turtle's lifespan can exceed 30 years.