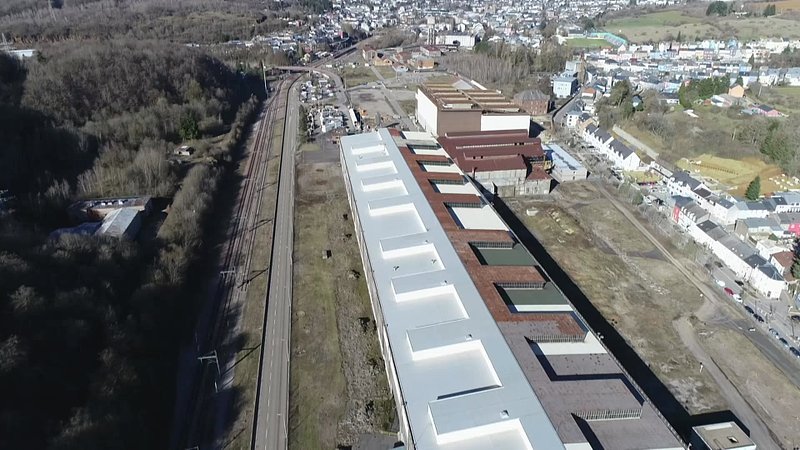 After the project has been debated for close to 20 years, the Chamber of Deputies finally voted on the budget for the 'Nei Schmelz' residential district on Thursday afternoon.

The ambition of the Nei Schmelz quarter is two-fold. On the one hand, the area is supposed to become a new hub in the south's regional development, on the other hand, it should increase the offer of affordable housing.

The project was first discussed in the mid-2000s. The district in question is as large as 36 football pitches and located south of Dudelange. It could potentially house 3,600 people. Since the area has housed several industrial complexes over the years, the land first needs to be decontaminated before construction work can be launched. The government is set to cover the costs of this procedure.

The Nei Schmelz will also be designed to be climate neutral, explained Semiray Ahmedova from the Greens on Thursday. The area will have a subterranean heat pump and a solar installation to achieve this ambitious goal. Minister for Housing Henri Kox described the project as a pioneer in the fight against the housing crisis: "Today, we committed half a billion euros to public housing, which is something. In the future, we have to see to it that we can pledge the same amount to the Special Fund on a yearly basis."

Half of the future apartments is set to be sold while the rest is destined for renting. The ambition is to create a mixed society. MP Fred Keup from the Alternative Democratic Reform Party (ADR) questioned this concept and noted that it will only attract "low-income people". However, the reisdents of Dudelange are concerned about who comes to live in their neighbourhoods, and rightfully so, concluded the ADR politician.

The remaining elected officials in the Chamber agreed over the details of the project for the most part, notable criticism was however directed at the schedule. In the end, two draft laws concerned with the financing of the Nei Schmelz were approved with a majority of votes. The project is set to cost half a million euros and the first apartments are expected to be done by 2027.