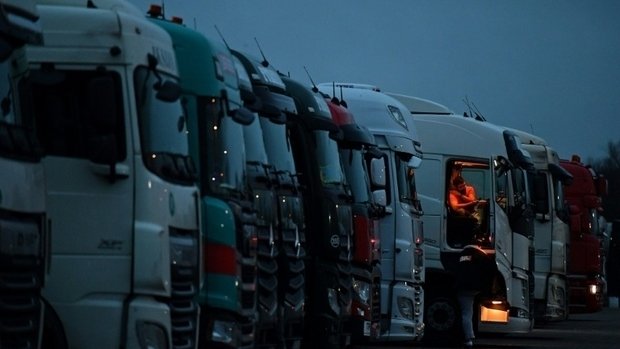 The Luxembourg Confederation of Christian Trade Unions (LCGB) has repeatedly tried to raise awareness for this issue over the past two years.

The LCGB hopes that by increasing pressure on politicians, a solution "may finally be found" for cross-border workers who are employed as drivers in the international transports sector in Luxembourg.

For the past two years, the trade union has tried to raise awareness for this issue and concluded that Luxembourg "lacks the political will" to do something about it. Due to a European regulation, the affected employees risk losing their affiliation with the Luxembourgish social security system as well as their right to benefits such as parental leave or family allowances. The European regulation stipulates that all employees who carry out more than 25% of their professional activities in their country of residence must also be affiliated to that country's social security system.

In the case of cross-border workers employed as lorry drivers in the Grand Duchy, the risk of this happening is naturally quite high, as Paul Glouchitski from the LCGB explained in an interview with our colleagues from RTL Radio. Luxembourg is surrounded by big countries, such as France, Germany, or Belgium, "both economically and geographically", Glouchitski stated. As such, the "risk" that cross-border workers will drive through their country of residence while working is high and the threshold of 25% is potentially reached "relatively quickly".

For this reason, the LCGB considers the situation "unacceptable". The trade union has already participated in numerous meetings, including with former Minister of Social Security Romain Schneider, Minister for Mobility François Bausch, and Nicolas Schmit, the responsible European Commissioner. In addition, the LCGB has also tried to find a solution alongside the European trade union for transport and the local trade unions of Belgium and France. According to Glouchitski, the solution is not to change the regulation itself, which would require the approval of all 27 member states. Instead, the LCGB proposes to solve the problem through bilateral agreements with the affected countries. The trade union points out that Article 16 of the European regulation in question specifically allows for this option.

The LCGB stresses that they proposed this solution "on several occasions" to the former minister of social security but nothing ever came of it. For this reason, the LCGB "did the minister's job", Glouchitski explained. The trade union tried to find contacts in neighbouring countries who could help set up these bilateral agreements. In France, the LCGB got in touch with an MP for the 'Meurthe-et-moselle' department, Xavier Paluszkiewiz. Paluszkiewiz ultimately agreed to reach out to the responsible French authorities and promote the solution of the trade unions. The LCGB now wants to repeat this process in Belgium, Glouchitski stated.

The LCGB has not yet reached out to Luxembourg's new minister of social security, Claude Haagen. While there are plans to do so in the future, the trade union wanted to give Haagen the chance to settle into his new position during his first month, Glouchitski explained.