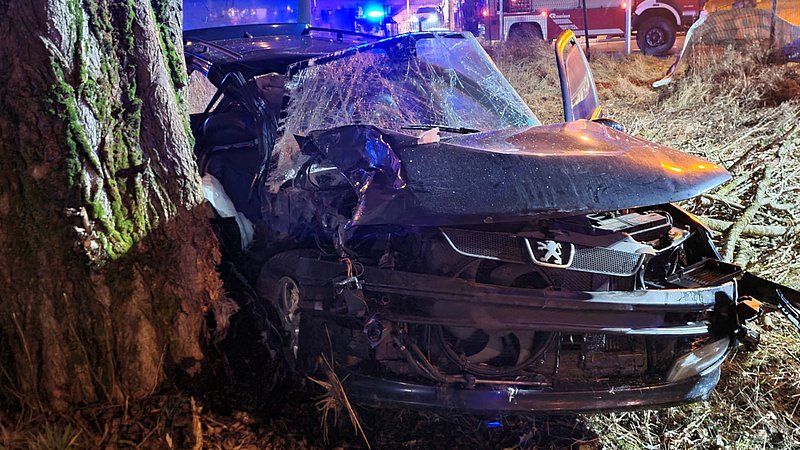 A serious accident occurred in rue de Longwy in Rodange at around 2.40am on early Wednesday morning.

According to preliminary information, the driver lost control over their vehicle in a bend and crashed into a tree. There were several passengers inside the car.

The police specified that prior to the accident, the vehicle was involved in a car chase with the French police, which abruptly came to an end when the car crossed into Luxembourgish territory. Following the accident, witnesses reported that three of the five people that were in the car had fled the scene. However, the police managed to find them at a petrol station.

The police were told different versions of what had happened, some lied about their identities, while others were found to be inebriated. During a search, the police also found that one of the passengers was carrying drugs.

Two people were seriously injured and admitted to hospital, two others were slightly injured. The car was seized on the orders of the public prosecutor's office.