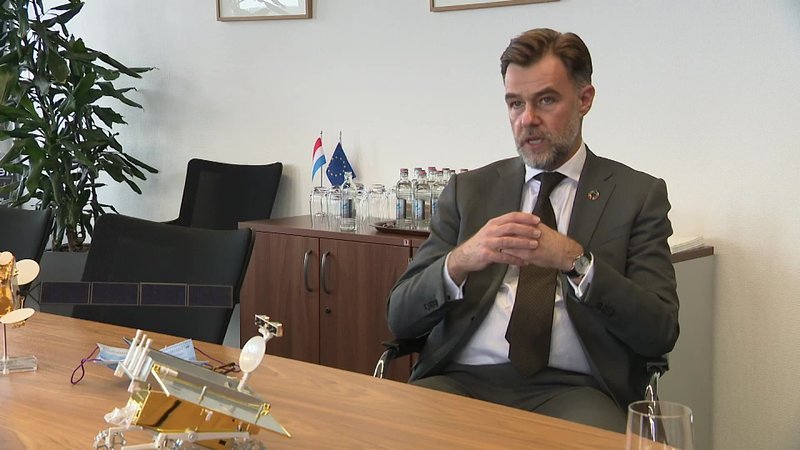 Our colleagues from RTL spoke to the Minister of the Economy about new government projects.

Europe's economy is going through changes and the most important priorities nowadays are sustainability and digitalisation. Luxembourg has to make use of this opportunity, said Minister Fayot, and explained that the government will focus on further advancing the sectors of health, technology, and space exploration.

A health campus near the new hospital in Esch-sur-Alzette is currently being planned, with government officials hopeful that it will draw the interest of foreign businesses. Minister Fayot noted: "We will focus on 'health tech', the connection of health and technology, to develop a more personalised and proficient sector. That in return should make the health sector more cost-effective."

The LSAP politician further talked about space exploration, a sector which remains of upmost priority to the current administration. A new research centre for the European Space Agency will be set up in Belval: "Here, one can simulate moon explorations with accurate conditions, which means that businesses in the sector can test their products and services." Ultimately, officials hope to foster a research campus with foreign interests in the area.

Minister Fayot also addressed the government's expectations from business partners: "We are creating an economy that produces high value, which means that we need qualified personnel." A number of businesses have already expressed interest in moving their operations to the Grand Duchy, the politician conveyed.

As of April, businesses will be eligible for new aids to support their efforts of decarbonisation and digitalisation. The government will invest €50 million to finance the support.