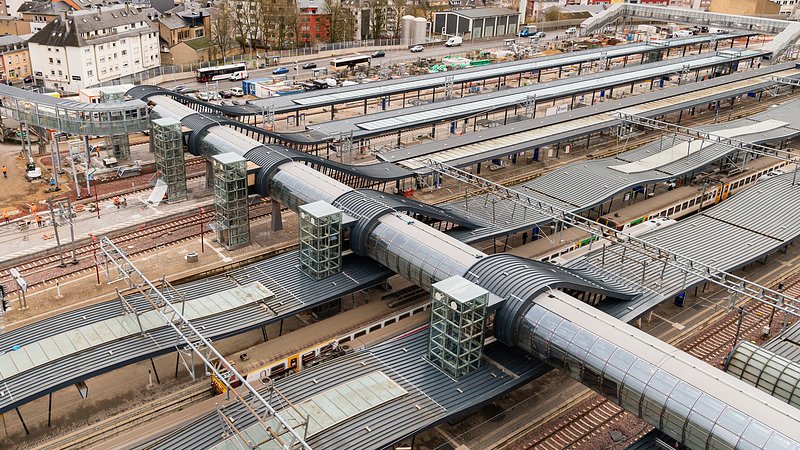 In the context of the launch, the two new long-awaited platforms at the Gare central station received a formal inauguration. Similarly, the new flyover at the Bonnevoie station is now fully accessible. The pedestrian bridge is designed to help people with reduced mobility cross over from one side to another. On average, 10,000 passengers frequent the Bonnevoie station every day.

Josée Lorsché, transportation alderman in Bonnevoie, commented on the flyover: "The bridge is a symbol for all the country-wide efforts of reducing car traffic. It further represents a much needed piece of infrastructure that makes public mobility more efficient."

Although the flyover is ready, there are still a number of open construction projects around the Bonnevoie station: a new platform, a renovation of all existing structures, another pedestrian flyover, as well as a renovation of the bridge that connects both the old and new areas of the town. The respective budget is expected to be filed in 2022. 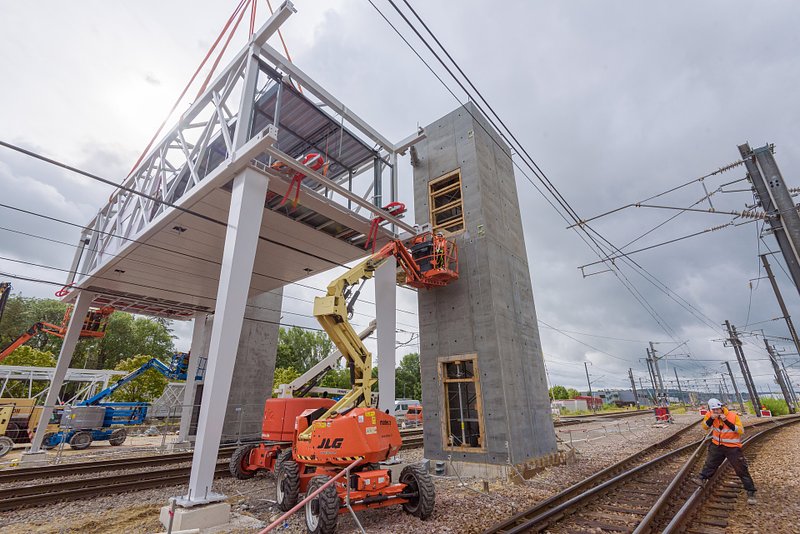 This year alone, authorities worked on the national railway infrastructure on 311 days, a new record. CFL CEO Marc Wengler noted: "The expansion of the Gare central station is crucial. We now have two new platforms with four separate rails. More importantly however, the entire north side of the station has been restructured and reorganised to become more efficient in the future."

Six major train connections are being operated in the Grand Duchy, which is why the expansion of the station is so important. There are now two additional ways of reorganising traffic in case of any disruptions. 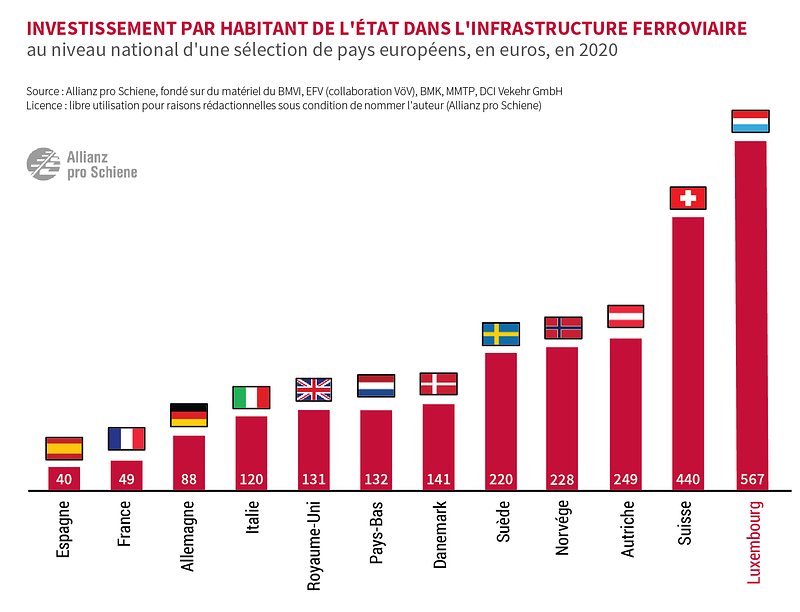 Graph: per capita investment into railway infrastructure on national levels from a selection of European countries, taken from 2020 and expressed in euros.

Minister for Mobility and Public Works François Bausch was also present at the inauguration and commented on the new aspects of the station: "The project also helps improve the urban qualities of the city, one of the most important aspects. We want to help revitalise the Gare district with businesses and living space. The front-side square will be packed with terraces."

The southern side of the central station will undergo a similar restructuring process as the north side during next year's summer holidays.