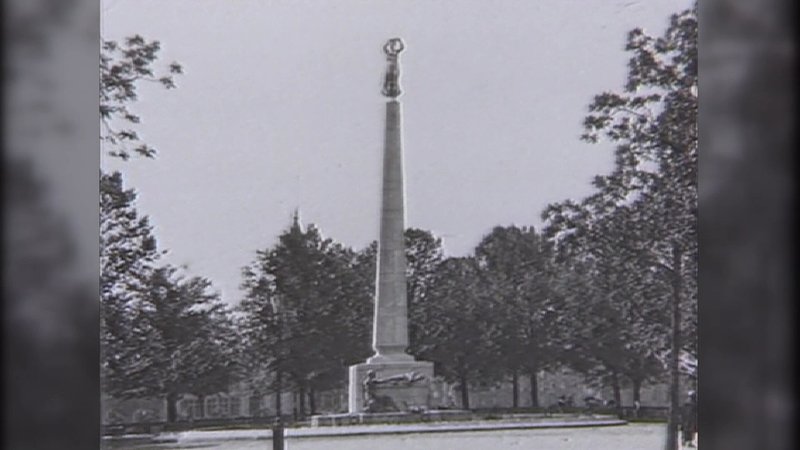 The Committee for the Remembrance of the Second World War reacted to Saturday's protest against the Covid-19 measures in a statement published on Wednesday.

According to the Committee, the history of World War II was "abused in an unacceptable manner" in several different ways last weekend. Someone who uses a yellow badge to protest vaccination "has understood nothing about the history of the Shoah", the Committee stresses.

The Nazis used their racist laws with the explicit goal to exterminate an entire people, the Committee explains, while the current health restrictions and vaccinations are meant to save people from dying and suffering the consequences of a serious disease. The Committee also firmly condemns any comparisons between vaccines and the infamous war criminal Dr Josef Mengele, a doctor at the Auschwitz-Birkenau Extermination Camp.

The Committee warns that when rioters climb the national monument 'Gëlle Fra', when the Chamber of Deputies must be protected against protestors, when people no longer feel safe at Christmas markets, and when angry mobs gather in front of the private homes of politicians, it is paramount to reiterate: "Wehret den Anfängen!" (a German saying which can be translated as "Nip it in the bud!")