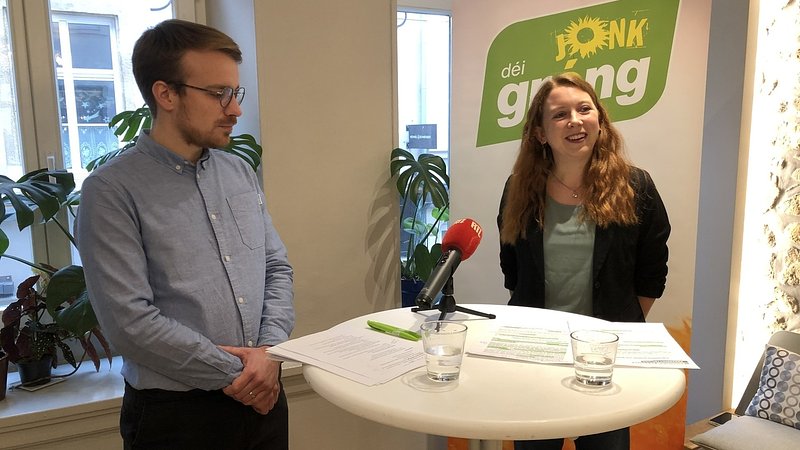 The youth fraction of the coalition party issued a press release to address the new minister and ask that "ambitions be increased on several levels".

The Young Greens first elaborate that people's awareness of agriculture, nutrition, and animal well-being is constantly growing. While the EU average of greenhouse gas emissions has steadily decreased over the course of the past 30 years, Luxembourg has experienced the opposite trend. The country's biodiversity is also being endangered with "failed agricultural policies".

Looking at the government's ambitious action plan, the Young Greens conclude that Luxembourg is nowhere near the desired goals, which is why efforts have to be increased. The youth party therefore proposes four concrete measures.

The Young Greens lament the lack of ambition from the government in terms of their school nutrition policies. Although the "Food4Future" project, which was recently launched to expand the vegetarian and vegan offers in school cafeterias, is welcomed by the youth party, they believe the government could have set more ambitious goals.

So far, it only envisions to have a minimum of 50% of locally-sourced produce and 20% of organic produce by 2025. The Young Greens further believe that the current Chamber talks on the Restopolis contracts could be used as an opportunity to legally bind nutrition policies beyond the ongoing legislative period.

Future generations are the ones mostly affected by current nutrition policies, the press release further emphasises. Pupils should therefore be allocated a spot on the council that monitors and discusses the implementation from Restopolis.

So far, only ministerial representatives are on the council, which convenes twice per year. Since pupils observe and experience the work of Restopolis on a daily basis, they are in a better position to judge ongoing and future efforts.

The Young Greens also criticise the Chamber's planned labelling bill, which, again, is not ambitious enough. The press release elaborates on the reasons why the current project may actually turn out to give customers a wrong impression of how healthy food is.

The fraction thus concludes that the Ministry for Agriculture, Viticulture and Rural Development revise their labelling criteria anew, not only for the benefit of clients, but also for the benefit of local and sustainable producers.

When it comes to common agriculture goals in the European Union, the Young Greens criticise a lack of vision for the "bigger picture". They argue that the protection of biodiversity and the expansion of organic agriculture should be the centre of focus here in Luxembourg. Increased subsidies can be employed to incentivise the sector, the statement concludes.