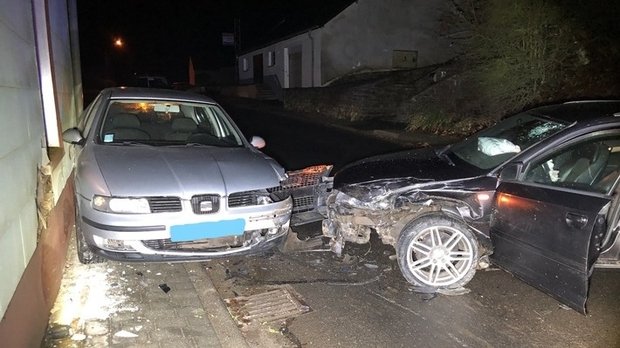 Police found the man after a drink driving accident that was unrelated to the initial arrest warrant.

A drink driver caused an accident around 1.45 a.m. during the night from Saturday to Sunday. The 25-year-old lost control over his vehicle while on the main road in Jucken and subsequently crashed into a stationary car, also damaging a house wall in the process.

The stationed car belonged to a 32-year-old man from Luxembourg, who witnessed the accident and immediately rushed to the scene. Once officers arrived, they found that the German driver was drunk and revoked his license.

However, officers also learned of an outstanding arrest warrant against the man from Luxembourg from the Trier police department. He was thus arrested and a further enquiry showed that he lacked a valid driving license. Charges were pressed.

According to police officials, damages are estimated to be several thousand euros.