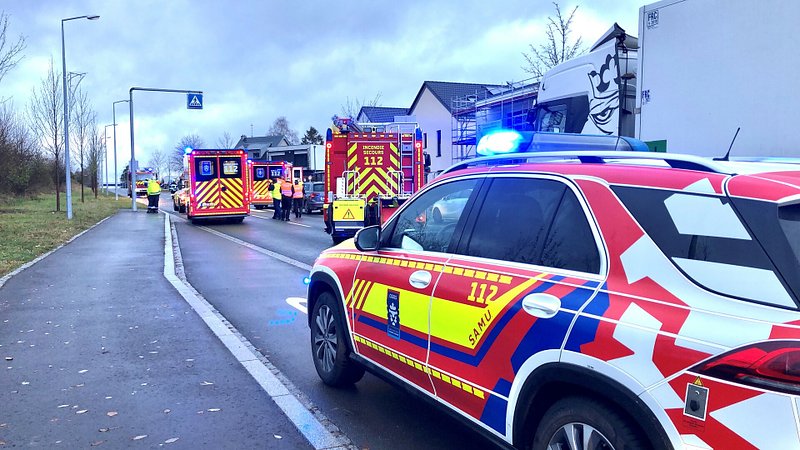 The severe accident occurred shortly before 8am on Thursday morning on the N11 towards Echternach, near the football stadium. Police confirmed that three youths were hit.

The three individuals were crossing the street at a zebra crossing. Two suffered lighter injuries, one more severe, but no details are known at this stage.

Three ambulances and two vehicles SAMUs were on site. Only one lane was open to traffic in the morning.