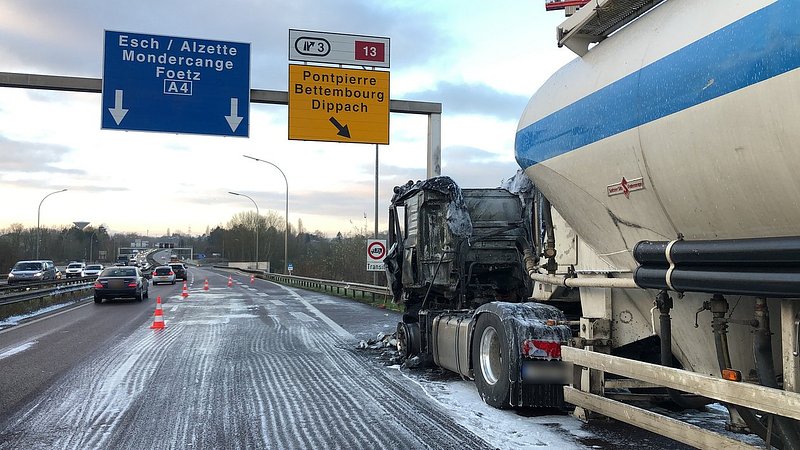 A lorry on fire caused long queues on the A4 motorway on Monday. Many passing motorists couldn't resist getting the phone camera out.

51 of them will receive a fine in the post, as police confirmed on Monday. The burning lorry had caused massive disruption on the motorway towards Esch-sur-Alzette.

Police issues a reminder that using a phone behind the wheel is not allowed and endangers road users. If caught, it will cost you €145 and two points on your licence.