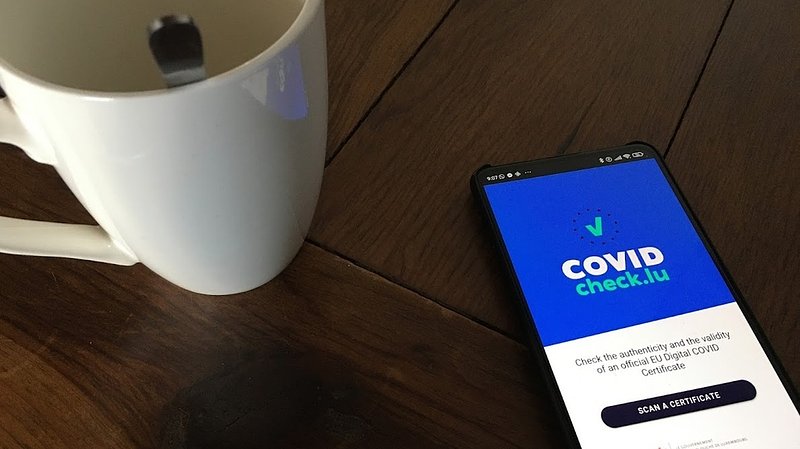 When CovidCheck at the workplace was optional, the unions were strongly opposed to it.

This has changed now that the regime is mandatory. Why the change of heart and have all contentious issues with the government been resolved? Diana Hoffmann from our Luxembourgish colleagues spoke to union and employer representatives.

The dialogue between the unions and the government had worked much better this time around, says LCGB president Patrick Dury. The unions had been involved from the start and the conditions were different.

"We have time until mid/late January to get organised. Plus the government said that GDPR regulations would be adapted, so that employees can report their vaccination status to their employers on a voluntary basis. Those who are already vaccinated will no longer need to be checked every day."

In the previous iteration, the government had handed the responsibility of implementing the measures to the social partners, says Nora Back, president of the OGBL. This is no longer the case.

"Now the government has taken responsibility and made decisions that will also apply in personal areas. And, more importantly, those come into force before those in the workplace. This gives us some time to discuss how exactly they should be implemented in the workplace."

The new measures will start in January. A few issues will have to be clarified until then, such as the penalty if someone refuses the CovidCheck. Only the civil service already has measures in place, says Romain Wolff from the CGFP.

"In the civil service it is clear, you lose one thirtieth of your salary each time you fail to turn up at your job. But there is also the option of taking time off."

One thing the social partners do agree on, employees cannot be dismissed for refusing the CovidCheck. The responsibility for covering the cost for daily tests is not yet clear. The OGBL is in favour of free tests, the LCGB against, as well as the employers' union UEL. The director of the UEL, Jean-Paul Olinger, generally welcomes the mandatory 3G system:

"We think this is a good measure, provided it can be properly implemented on site. This is why we had some further requests, which we will discuss together. Notably the question of how to identification to avoid abuse. But also how to document vaccination status on a voluntary basis."

Some of these points were no doubt discussed in the discussion between unions, employers and the government which took place on Tuesday evening.