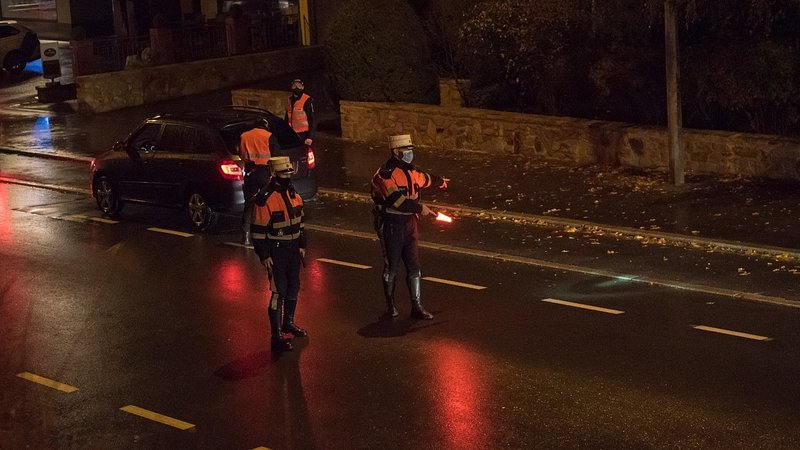 The culprit tried to escape but was eventually caught by police. He lost his driving licence on the spot.

On Friday night, police noticed a motorist on Route de Kayl in Dudelange who was evidently speeding while heading towards Kayl. The driver ignored the police signalling him to pull over, forcing one of the officers to jump out of the way to avoid being run over. Without braking for even a second, the motorist jumped a red light at an intersection, crashing into another car. After being chased by the police, the officers were eventually able to stop the man in a car park in the centre. An alcohol test came back positive, and his licence was withdrawn on the spot. The public prosecutor's office was informed about the incident and ordered the seizure of the car.

A hit-and-run accident occurred in rue Michel Thilges in Wiltz at around 5.30pm on Friday. A drunk driver crashed into a railing and tried to flee the scene. However, police were able to locate the motorist. They were fined and lost their driving licence on the spot.

On Route de Luxembourg in Esch-sur-Alzette, an accident led to material damage. A motorist crashed into the car of another driver. The former turned out to be inebriated. Their driving licence was withdrawn.

Over the course of the night, two more motorists caught the attention of the police because of their erratic driving style. In both cases, the alcohol test came back positive and the respective drivers lost their licences.

A few major alcohol checks were carried out on the orders of the public prosecutor's office on Friday night. The checks took place in Esch-sur-Alzette, Neudorf, and Luxembourg City. 173 people were checked, in 14 cases the test came back positive. In total, the police issued five fines and withdrew four driving licences.

In Aspelt and Weiler-Station, 128 drivers were checked. Seven of them turned out to be intoxicated. One fine was issued and two people lost their driving licences.