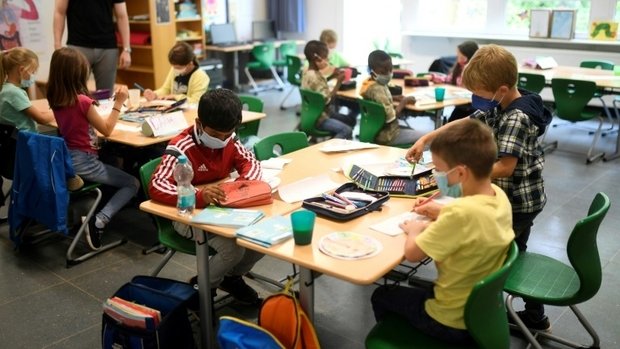 For weeks, infection numbers have been particularly high among adolescents under 14 years of age.

Due to the current situation, the government is expected to decide on new restrictions for schools on Friday. Earlier this week, the National Syndicate of Teachers (SNE) urged the government to take action.

Last week, 61% more infections were recorded in this age group compared to the week before. Schools, and particularly primary schools, are the second most common source of infection. One reason for this is that schools are places were an especially high number of unvaccinated individuals comes together. On Wednesday, the SNE pointed out that it is becoming "increasingly difficult" for teachers to do their jobs.

A potential course of action the state council might take is to introduce a more generalised mask mandate that would also apply inside classrooms, similar to the situation in winter 2020. However, as the head of the National Health Directorate, Dr Jean-Claude Schmit, pointed out on RTL Radio on Thursday morning, it is very likely that the authorities will introduce several measures to guarantee safety inside the Grand Duchy's schools.

The National Parents Council has always been and remains opposed to a mask mandate inside of classrooms. According to Council President Alain Massen, infections among children must be considered with the whole of society in mind. Children and young people have "sacrificed enough" to protect the rest of the population, Massen argues.

The National Parents Council thinks that restrictions should be introduced on a case-by-case basis. A general mask mandate should thus, if at all, only be introduced in schools with a particularly high number of cases, Massen states. The Council also suggests expanding testing capacities in the educational sector by, for instance, offering three tests a week in primary schools.

Despite different approaches, all actors agree that everything must be done to avoid another nationwide closure of schools.

As the Ministry of Education has stopped publishing detailed figures since the start of the new school year, it is difficult to get an overview of the Covid-19 situation in Luxembourg's schools. After the Christian Social People's Party (CSV), MP Francine Closener from the Luxembourg Socialist Workers' Party (LSAP) recently also submitted a parliamentary question to enquire why these reports are no longer published and how infections have developed since September. For the time being, clusters are only listed retrospectively in reports published by the National Health Directorate.

Upon enquiry by our colleagues from RTL.lu, the Ministry of Education confirmed on Thursday that 3,438 coronavirus infections were reported among pupils and school staff between 15 September and 21 November 2021.