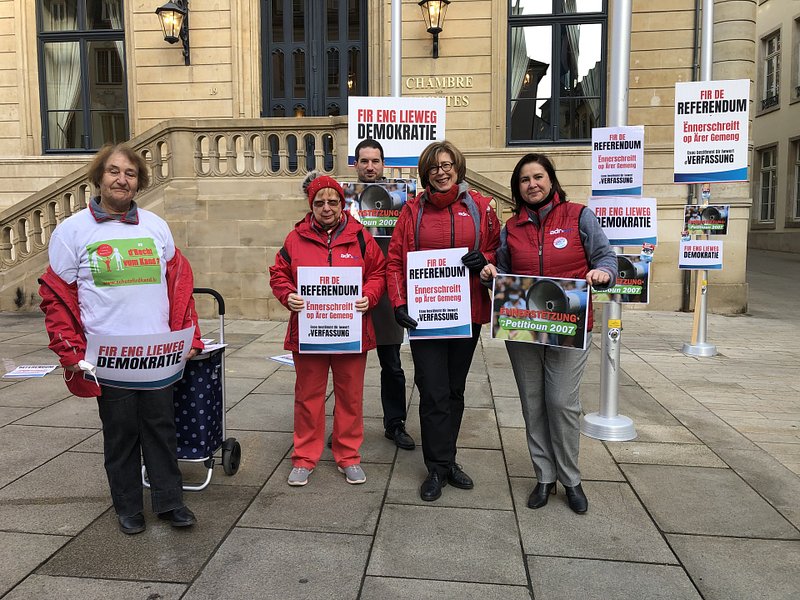 Luc Deitz, president of the petition's initiative committee, said citizens had had their voices stolen over the matter.

A group of ADR campaigners assembled outside the Chamber of Deputies to demonstrate as petitioners discussed the issue with MPs within.

Deitz said he fully supported petitioner Gérard Koneczny. The petition was presented to the Chamber of Deputies after receiving a record number of 18,645 votes.

MPs explained that the demand for a referendum on the revision of the constitution was justified, but the motivation behind it was based on completely false grounds. Koneczny replied that he had launched the petition based on the information he had at the time.

ADR MP Fernand Kartheiser spoke most frequently during the Chamber discussion, saying the debate should primarily be about the demand for a referendum, while everything else should be secondary at the time of speaking. He maintained the election promise should be kept in this case, rather than lingering on opinions on the content of the constitution.