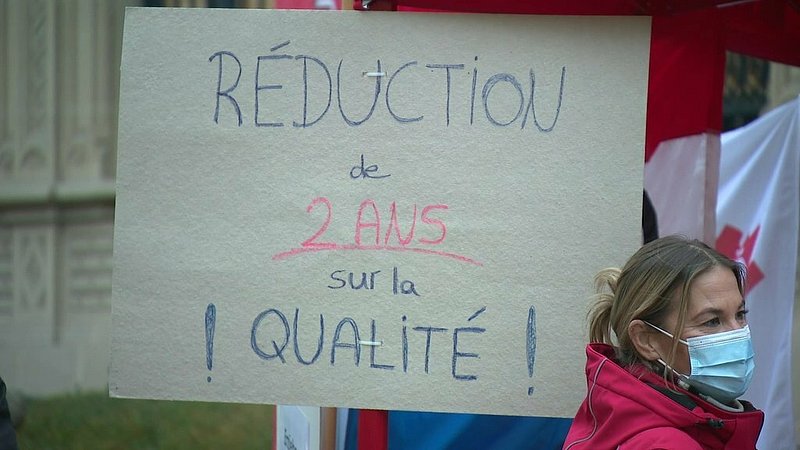 Not everyone is happy about the agreement signed last week between the Ministry of Education and the CGFP educators unions.

The APCCA, representing the competence centre personnel and the SEW, Union for education and science, both belonging to the OGBL, are strongly opposed to the agreement which was signed between the Ministry of Education and the educator unions from the CGFP.

The agreement had been negotiated between all unions and the ministry since January this year. As they were the first negotiations that had taken place at all, the OGBL unions feel somewhat left out, says Nadia Ruef, president of the APCCA.

"We don't understand how this agreement suddenly had to be signed so quickly. This wasn't the right time when everyone knows this has been dragging on for so long in the sector. Now we finally had everyone sitting at a table, including all unions and all professional groups. Our people, all our staff are very angry that we weren't heard, especially because as a union, we have a right to take part in these negotiations," said the APCCA president.

The current agreementdid not represent the reality of the profession. To do a good job, more time and more people were needed than this agreement allows for. "We don't want people to say after two weeks they won't attend assemblies or prepare their lessons because they have already used up their allotted time," says Patrick Arendt, president of the SEW. "So far it has always been expected that people will keep doing this because they know it's important."

The SEW president accuses the CGFP of poor style, of a show of force and fear of competition from the public sector. Both organisations demand that the Minister of Education return to the negotiating table, threatening to declare litigation otherwise, which would lead to a strike procedure.

The new agreement has no legal validity in the eyes of the APCCA and the SEW.