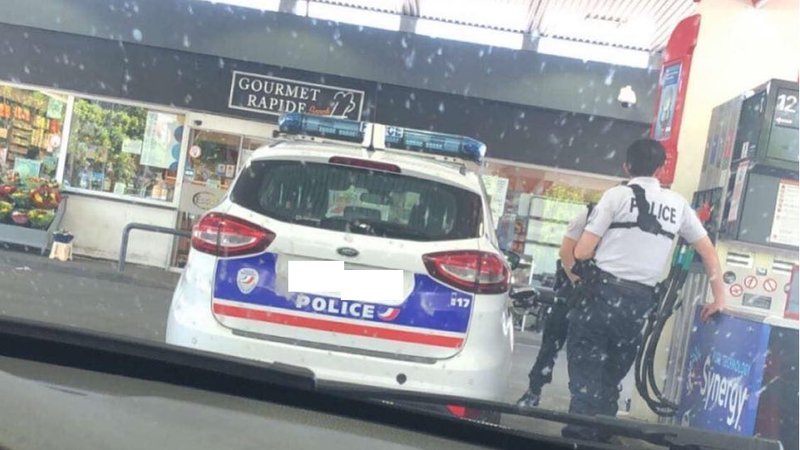 An armed gendarmerie patrol stopping in Luxembourg to fill up on fuel has raised questions regarding the legality of such passages.

It is a very common scene that regularly takes place at service stations near the French border: police officers and gendarmes come from France to fill up with fuel. The practice is very common and responds to a basic problem: there are barely any service stations on the other side of the border. The French are therefore "forced" to go to Luxembourg. But their arrival could exceed the legal framework, writes the French newspaper Le Monde.

It all goes back to the middle of the summer. Once again, French gendarmes had crossed the border to Luxembourg to fill up with fuel. This everyday gesture took a more administrative turn when a Luxembourg resident was upset by the presence of these armed and uniformed French gendarmes.

While their presence and intervention are authorised in certain emergency situations, a mundane fuel run seems to be out of the question. The resident involved is convinced of this. As described in the Luxembourgish newspaper L'Essentiel, the resident decided to film these unusual customers, before a heated verbal exchange ensued. The resident then decided to file a complaint.

"To our knowledge, there is no bilateral agreement between France and Luxembourg governing this situation."

According to Le Monde, it was following this complaint that the Luxembourg public prosecutor's office referred the matter to the police and customs coordination centre. The latter brings together police officers, gendarmes, and customs officers from four neighbouring countries: Germany, Belgium, France, and Luxembourg.

Quoted by the newspaper, a Luxembourg lieutenant-colonel of the organisation said that "to his knowledge" there was "no bilateral agreement" allowing the police to cross the border while carrying their weapons. For this reason, the Luxembourgish authorities have allegedly made a formal request to France.

In a letter sent to the Meurthe-et-Moselle prefecture, the local branch of the SGP-Police union seemed to agree with the Luxembourgish official. The police union stated that they too are unaware of any agreement between France and Luxembourg governing this situation. In addition, as far as the police officers are concerned, there is no memo specifying the framework for carrying out this "mission" on the territory of another state, according to the union.

However, the union also stressed that it is regrettable that the officers in question "expose" their "personal responsibility" during these passages to Luxembourg for a simple refuelling. The union is therefore calling for an agreement to settle the issue definitively. Such an agreement, the union argues, would however also have to allow a possible reaction from the police and gendarmes if they were to be confronted with an "extreme or urgent situation", or even a "crime" or a "flagrante delicto".