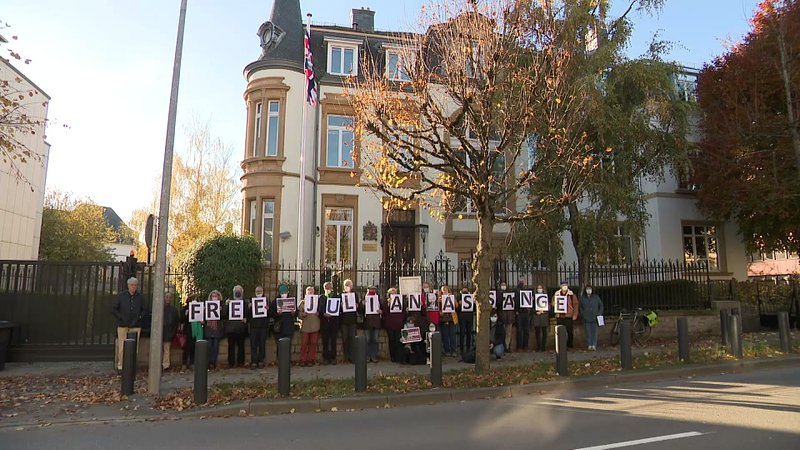 The Wikileaks founder has spent the past two years in a London prison.

It is still not clear whether or nor Assange is to be extradited to the United States. According to officials, his state of health is unstable and there are even suggestions of psychological torture. A group of demonstrators thus gathered outside the British embassy on Saturday to protest for Assange's release.

The group criticises that Assange is being held captive in poor conditions, and representatives emphasise that the Belmarsh prison is known as the British version of Guantanamo Bay. Assange has lost a lot of weight, but authorities fail to recognise the gravity of the situation.

Armand Clesse, director of the Luxembourg Institute for European and International Studies, commented: "There is a certain level of hypocrisy and nobody is really eager to engage with the case, which I think says a lot about the West. Where have our values gone?"

The protestors demand Assange's release and describe him as an investigative journalist. "It is less about the person than about the implications the case has on journalism in general", said spokesperson Alex Rigo at the scene.

US authorities are likely to indict the Wikileaks founder for espionage, a case which relates back to him distributing military footage from US operations in Iraq. Videos show American soldiers use deadly force on unarmed civilians.

If extradited and sentenced guilty, Julian Assange could face up to 175 years in prison.