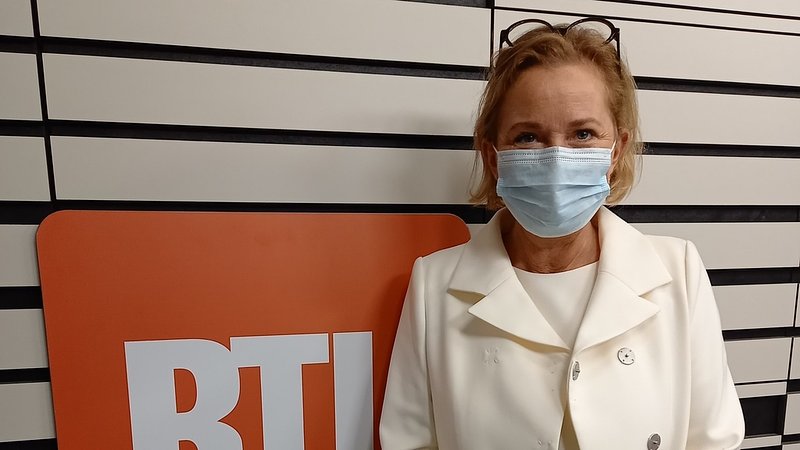 Minister of Health Paulette Lenert was a guest on RTL Radio on Saturday afternoon.

Lenert stressed that the government "is not giving up" and hopes that more people will decide to get vaccinated. Since the introduction of the latest Covid-19 law, which expanded the use of the CovidCheck system, the number of vaccinations per week jumped from 2,000 to 5,000. Luxembourg's GPs also report an increase in demand. Next week, an overview is to be drawn up to find out how many companies have actually introduced the CovidCheck system for their staff members.

According to Lenert, the reason why fewer people are willing to get vaccinated in Luxembourg compared to countries like Spain or Portugal is that these countries were hit a lot harder by the pandemic, leading to a clearer understanding of the dangers presented by the virus.

No need for stricter measures – for now

While Lenert acknowledged that the measures are there to raise the pressure on people to get vaccinated, she stressed that it is important for the government to raise the pressure gradually. For this reason, the government is still against making vaccination mandatory, despite more and more people demanding it. When asked whether the authorities are considering opening certain parts of the economy exclusively to those vaccinated or cured, similar to measures taken by Austria earlier this week, the Minister stated that this is not the case for the time being. Lenert explained that so far, the CovidCheck system is working well, and the situation would need to be much worse for the government to consider no longer allowing any tests at all. The CovidCheck system is working well in hospitals too, meaning that there is currently no need for stricter measures, according to the Minister.

Booster shot will not become compulsory

On Monday, the High Council for Infectious Diseases is expected to give its official recommendation regarding a broader use of booster shots. Currently, people over the age of 75 and immunocompromised individuals can already benefit from boosters, but the offer is to be extended to the rest of the population and mainly to the country's healthcare workers as well.

However, these additional jabs will not be compulsory under any circumstances, Lenert announced. This means that people will keep their CovidCheck certificates, even if they refuse to get a booster shot.

In addition, Luxembourg's government is pushing for a European-wide consensus to extend the validity of the Covid-19 certificates.

At the moment, a certificate of vaccination is valid for 12 months, which means that the first certificates would expire in January, Lenert explained. However, the Minister is optimistic that a solution can be found. If not, the government would look into extending them on a national level.

Talking about the recent 'Marches Blanches', Lenert stated that the protests against the coronavirus measures revealed an exasperation that is "understandable". The Minister pointed out that participants come from very different backgrounds and that it is normal that people are fed up. However, Lenert also stressed that a lot of misinformation is being spread and that a variety of statistics are being interpreted the wrong way. For this reason, the authorities must try to understand people's questions and adapt their communication strategy, Lenert explained. The Minister also revealed that she has been contacted by a group of people that participated in the 'Marche Blanche'. She has accepted to talk with them and hopes to clear up any uncertainties. Lenert stressed that studies regularly bring new information to light, which naturally has an impact on measures. According to the Minister, this is often misunderstood.