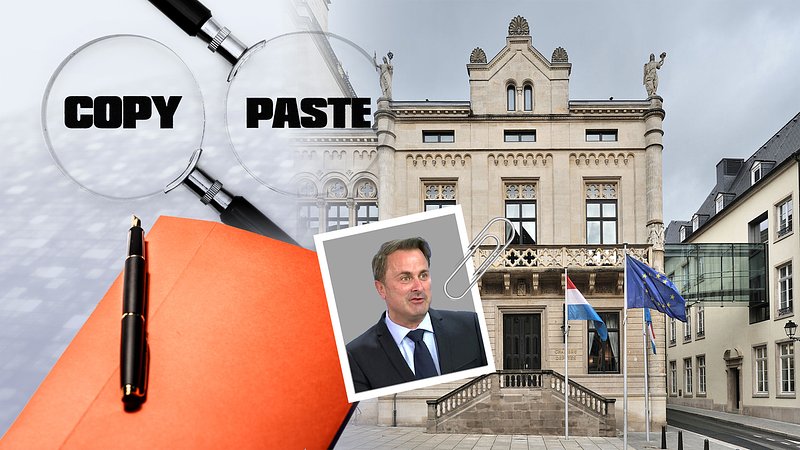 Our colleagues from RTL caught up with MPs to talk about the allegations against Prime Minister Xavier Bettel.

About 96% of Prime Minister Bettel's DEA thesis was copied without indicating source material, alleges a recent investigation from Reporter.lu. So far, Luxembourgish politicians bid caution and seem to unanimously agree that the presumption of innocence cannot be thrown out until the University of Lorraine has concluded its investigation.

MP Nathalie Oberweis (The Left) noted that Bettel's thesis has little to do with his current appointment, which makes it difficult to judge or even pose demands. Nevertheless, the issue still raises questions, such as scientific integrity in the age of disinformation, or the regard for the work of others: "Do I really respect somebody's work if I don't take the time to cite the source?"

CSV fraction leader Martine Hansen also underlined that they will not pass judgement until the university's investigation is over. Similarly cautious was ADR's Fernand Kartheiser, who also reiterated the importance of trusting in the presumption of innocence. However, he also emphasised that if proven guilty, he expects Bettel to draw appropriate consequences.

Sven Clement from the Pirate Party had a stronger opinion on the matter, stating that the level of dishonesty is a slap in the face for anyone who graduated with their own work. He himself decided against a Master's programme due to a lack of time: "It tells a lot about a person's character if they lie about a diploma they don't even need."

Clement further stated that Bettel's supposed lack of interest for details suits his current work methods. Though the MP also refrained from directly mentioning resignation, he did say that he expects Bettel not to run again. In any case, the issue needs to be discussed further, noted Clement.

According to Djuna Bernard, party president of the Greens, Bettel wrote the thesis 14 years prior to being elected Prime Minister, which is why it should not affect his current mandate. Even if the degree is to be annulled, the party will stay behind Bettel.

Minister Corinne Cahen and MP Gilles Baum from the Democratic Party did not comment on the allegations agains their colleague. Nobody was reachable at the Luxembourg Socialist Workers' Party.

Bettel's alleged plagiarism has in the meantime also made rounds in international news, with reports stating that the Prime Minister is under pressure to resign.