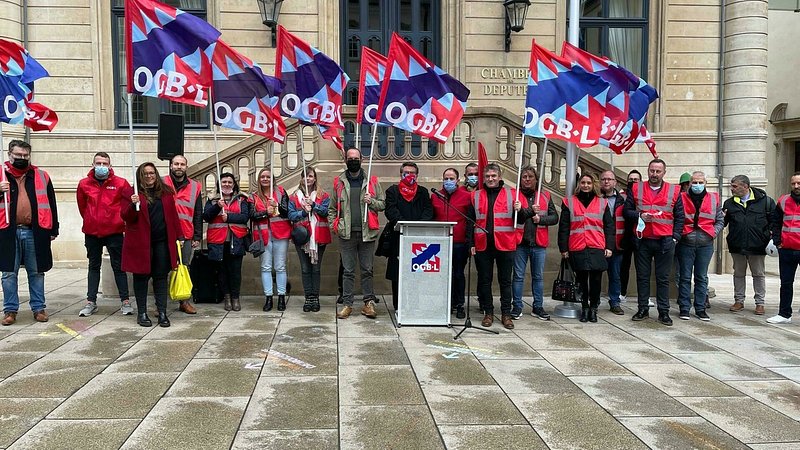 The protest, which union officials label a "symbolic act", started at noon on Tuesday.

The Independent Luxembourg Trade Union Confederation (OGBL) planned the protest in the context of the upcoming COP26 UN climate summit in Glasgow, scheduled to begin on 31 October.

OGBL intended to draw attention to the fact that climate protection is important to them, and that a green transition cannot be completed without the help of unions. Officials further hope that climate goals are reinforced with a set of more concrete initiatives to ensure a just transition into a future without fossil fuels.

Earlier this month, OGBL already criticised the government's "Platform for Climate Action and Energy Transition" in a joint statement with LCGB and CGFP. The union now fears that the same level of underrepresentation will take place during the discussions between the government and the High Committee of Industry.