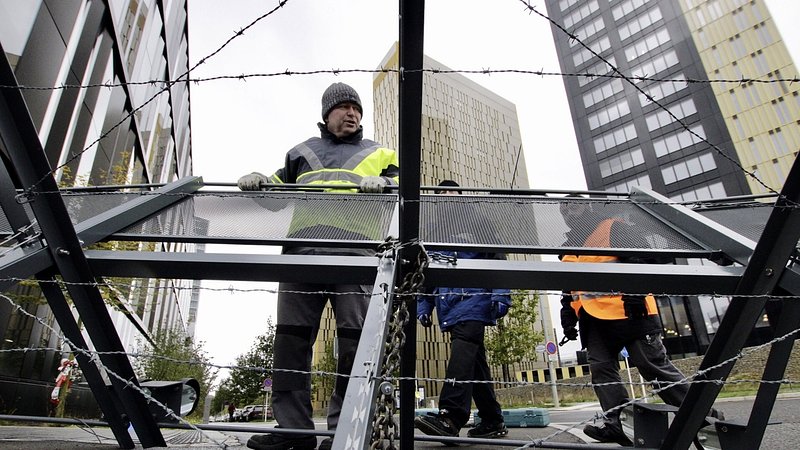 A large-scale demonstration will take place on Friday, as over 2,000 people are expected to assemble in protest against the closure of a Polish coal mine.

A number of roads will be closed around Kirchberg as a result of the protest. Police have set up a hotline in anticipation of traffic disruption.

Some 2,000 protesters are expected to turn up outside the European Court of Justice from 9.30am on Friday, as Polish unions plan to express their anger over a court ruling forcing the closure of the Turów coal mine, on the Czech-Poland border. Demonstrators will march to the Czech embassy at the Robert Schuman roundabout from Kirchberg to continue the protest.

The Grand Ducal Police have announced that several roads will close from Thursday evening to allow for the demonstration, while some bus routes will be affected by diversions. The public have been asked to avoid unnecessary travel in the area around the European Court of Justice, and to respect roadblocks and parking bans in place.

The Aire de Wasserbillig and the Mertert and Schengen interchanges will be inaccessible from 6am on Friday morning, while traffic travelling towards Luxembourg City will be reduced to only one lane on the motorway until around midday.

Police have arranged enhanced security, installing perimeters around both locations for the duration of the protest. Reinforcements have been requested from Belgium under the Benelux Treaty. A total of 840 police officers are expected to be on duty.

On Friday morning, the Control and Information Centre for Motorway Traffic (CITA) reported that the outside lane on the A1 will be closed to traffic on the level of Potaschberg towards Luxembourg City between 6am and 11am. Traffic jams are to be expected. In the same area, the CR142 between Potaschberg and Flaxweiler is also closed between 6.30am and noon.

On the A13 towards Pétange, the right-hand lane on the level of the Schengen interchange will also be closed between 3am and 11am on Friday.

Hotline set up for queries

A hotline has been set up to deal with questions relating to the demonstration and its effects. It can be reached from 8am on Friday morning, by calling 244- 24 27 24.