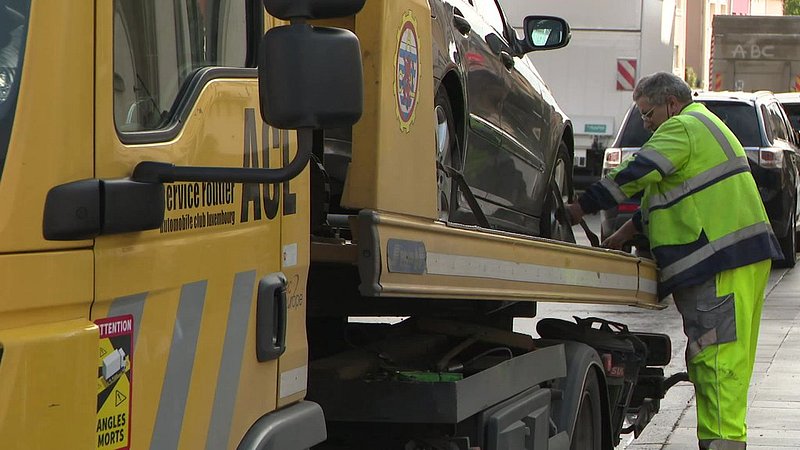 Over the past three months, the Luxembourg Motoring Association (ACL) has seen many records fall.

A record number of cars on the road, the historic floods in mid-July, and a new attitude towards holidays all contributed to the extra workload of the ACL. Its central office recorded more than 45,000 calls, an increase of 33% compared to the previous months.

Between July and September, the ACL sent out its breakdown lorries almost 12,000 times in the Grand Duchy, an increase of 12%. The ACL also intervened 1,200 times throughout Europe, which represents an increase of 18% in its interventions abroad. In addition, there were 3,000 interventions in July due to flooding. Over a three-month period, the ACL disposed of 563 car wrecks.

The increase in the number of breakdowns can also be explained by the growth in the number of cars, according to ACL director Jean-Claude Juchem. Many people who did not have a car before have acquired one in the last 18 months.

The ACL can see from the registrations that there are more used cars than new cars being registered, Juchem explains. The pandemic has contributed to people wanting to ensure their individual mobility with a car.

439,000 cars are currently registered in Luxembourg. They are on average seven years old. 25% of the cars are more than 10 years old. Many people are still reluctant to buy a new car, according to the ACL director.

In terms of electromobility, Juchem explains, there will be many new models in the next two or three years, which will feature a more efficient battery autonomy. According to the ACL director, this naturally contributes to the fact that those who are still unsure, wait to see how the technical development progresses. As a result, they keep their car longer.

As far as car breakdowns are concerned, the rate remains balanced between electric and combustion engines. According to Frank Maas, head of the ACL's diagnostics centre, the simple reason for this is that electrified cars, whether hybrids or plug-in hybrids, still have 12V batteries to start the engine.

The main causes of breakdowns are flat batteries and punctures.

Watch the full report in Luxembourgish by our colleagues from RTL Télé here: