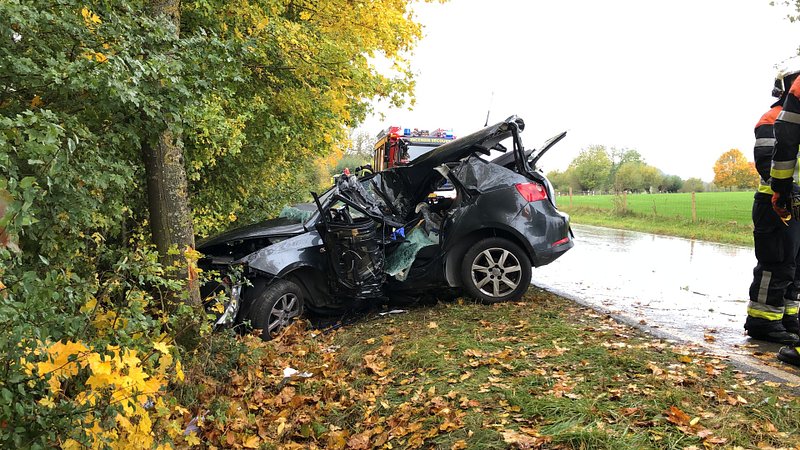 A serious traffic accident occurred between Sanem and Limpach shortly after 1pm on Wednesday. The driver had to be extricated. The rescue helicopter was on site.

The accident occurred on the CR178 between Sanem and Limpach at around 1.10pm on Wednesday, near the WSA warehouses. According to preliminary information, the driver lost control of their car in a left turn for reasons yet to be determined.

The vehicle hit the trunk of a tree on the side of the road. The wreckage of the bodywork indicates the intensity of the impact. The driver was trapped inside the car and seriously injured. The fire brigade had to extricate them before they were taken to the emergency room.

The Air Rescue helicopter was dispatched to the scene of the accident, but the driver was ultimately taken to hospital by ambulance.

The police have stated that the road is closed to all traffic for the time being.