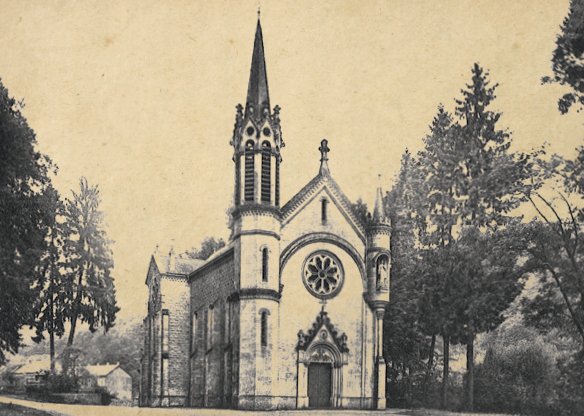 The neo-Gothic church of Saint Barbara was built by Count Fernand de Saintignon, who owned a lot of land and a foundry in the area.

The church, a registered national monument, was dedicated to Saint Barbara, the patron saint of miners. The building, which has been desecrated, will no longer host religious ceremonies. After the separation of church and state in 2019, it became the property of the municipality of Differdange. Following its renovation, which cost almost €2 million, the church of Lasauvage will be inaugurated again next week. From then on, it will be used for other purposes, including exhibitions and cultural events.

A peculiarity about the church building is that some of the stones used in construction came from a blast furnace that was dismantled in 1881. The wood came from the surrounding forests.

Another curiosity of Lasauvage is that the cemetery of this mining village is located on French territory.