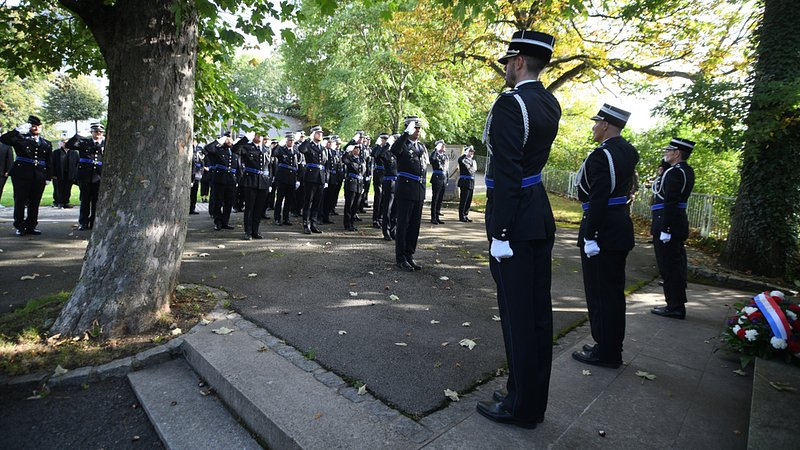 The Grand-Ducal Police celebrated its patron saint at the National Theatre on Tuesday.

The police are facing a number of challenges, with changes afoot in recruitment and equipment over the coming years.

Looking back, they had to face new tasks, such as 24,000 Covid checks, which came on top of their existing work load, said police director Philippe Schrantz.

He pointed out the massive brawl on the national holiday last year, the tragic incident in Ettelbruck, the increase in muggings with jewellery thefts and the usual burglaries.

The police were out there acting, not just watching said Schrantz, while deploring that officers did not always receive the respect they deserved.

One main concern were private citizens shooting video of police officers in the field. "As if our job wasn't hard enough, nowadays we have to contend with being filmed anywhere, by anyone, doing anything. There is barely a job in public where someone isn't taking photos or filming. Some of this footage is immediately published on social media, often after being edited, leading to so-called shit storms." The police directorate is demanding that progress be made with video surveillance and body cameras.

There are great challenges coming up. Equipment requires modernisation and, above all, recruitment numbers need to o up. Philippe Schrantz is pleased that around 700 candidates responded to the latest drive. There will also be more reliance on civilian staff for a number of tasks.

The current situation wasn't ideal, said the minister for police, Henri Kox, but the force were doing their homework. The ongoing recruitment drive is expected to go beyond 2023 and potentially into 2025, stocking up their numbers by 3,000 people.

Investment will be made into basic and further training. The police budget will increase by 10% in 2022, said Henri Kox.

The discussion about safety may not always be factual or dispassionate, but the police is not looking away, not in the Gare quarter nor elsewhere in the country, the minister continued. A plan to increase police visibility was introduced last week and the catalog of repressive, but above all preventative measures against drug crime will be presented in the State Council on 20 October. This will require cooperation with the municipalities.

He could not make promises, said the minister in closing, but he would put all his energy into strengthening the police.