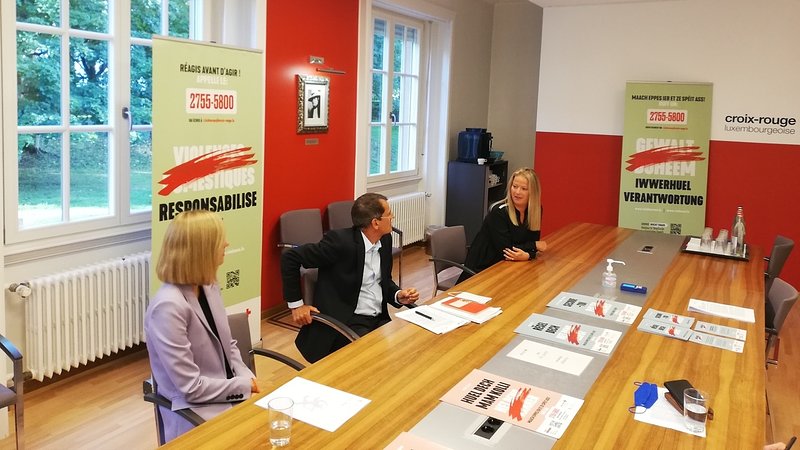 The new campaign, launched as a joint effort by the Ministry of Equality and the Red Cross, says that targeting the perpetrators of domestic violence is a method of protecting potential victims.

The campaign will use posters and videos on social media to target potential domestic violence perpetrators and encourage them to contact the Luxembourg Red Cross service "Riicht eraus", which is dedicated to offering counselling and support to prevent further violence.

Director Laurence Bouquet explained the campaign was designed to inspire awareness and responsibility, helping potential perpetrators recognise the problem and consequently to seek help. People who make use of the service, which was founded in 2004, will have the option to attend consultations and receive advice on how to change their behaviour. The procedure aims, in the short term, to protect victims and, in the longer term, to reduce violence.

Bouquet said the service would teach people techniques to handle conflict and to control violent reactions. She underlined it was important not to judge the person, but the act.

Minister Taina Bofferding, who supports the campaign, gave a statement on Thursday in which she said "doing nothing is not an option" and called for people who witness domestic violence happening to others to come forward.

Bofferding said that prevention was of equal importance as supporting victims, and would help to break the spiral of violence.