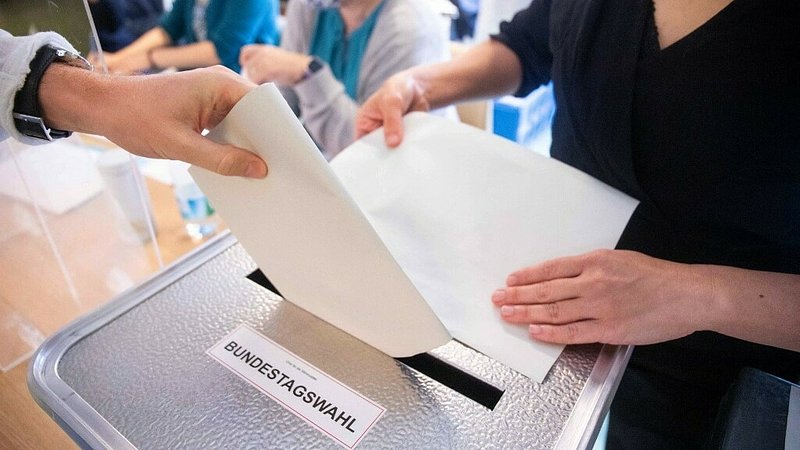 On Monday morning, several Luxembourgish politicians shared their thoughts on the general elections in our neighbouring country.

"SPD is back, and maybe one could even say that socialists are back", claimed LSAP president Yves Cruchten after the results came in. He believes similar trends are also observable in other European countries, which represents a certain momentum from which Luxembourgish socialists can also benefit:

"It is evident that trends of Luxembourgish social parties are comparable to those in our neighbouring countries. This actually works for all parties from the political spectrum. Our next elections are still two years away, a lot can happen until then. For now, I am happy that socialists and social democrats can celebrate this victory, and I hope we can achieve the same here in Luxembourg."

A majority coalition still has to be found, but Cruchten believes that Olaf Scholz has clearly emerged over Armin Laschet as the candidate the German people want as their leader.

The Greens are equally satisfied with the results of the German elections, as party president Djuna Bernard conveys: "It is fantastic to see the amount of young people as well as women entering the German Bundestag. We are now eagerly awaiting the negotiation process, because it is very clear that the next administration will have to be one in support of the climate, and we hope that the Greens will be represented."

Bernard further noted that the German results underline that the majority of people desire green initiatives, which in turn should strengthen the cause of the Greens here in the Grand Duchy.

Former Luxembourgish Prime Minister Jean-Claude Juncker also commented on the results and the success of the SPD: "They are clearly the strongest party, especially considering that they added five to six percent compared to their last results. I think it will be hard to form a government without them. I generally believe that the party with the most votes should be in the administration."

Juncker expressed his belief that it can hurt democracy if the strongest party does not end up being in the government. However, decision-making power now lies in the hands of FDP and the Greens, who will act as kingmakers.

Juncker also noted that CDU should have been more willing to admit mistakes during the election campaign. The politician even went as far as to say that some members of the conservative party were too friendly with far-right party AfD, which CDU leaders should have prevented.

The Minister of Foreign and European Affairs believes that Germany is now experiencing a shift of the political spectrum, which other European countries have already completed.

The LSAP politician was unwilling to convey his preferred government coalition for our neighbours. Nevertheless, he thinks that SPD, FDP, and the Greens are likely to find an agreement. It will also be interesting to see who will take on the role of Finance Minister, or which party will lead efforts to fight climate change.

Minister Asselborn finally expressed his hopes that the negotiation process will not take too long, and that he eagerly awaits the results of the process.