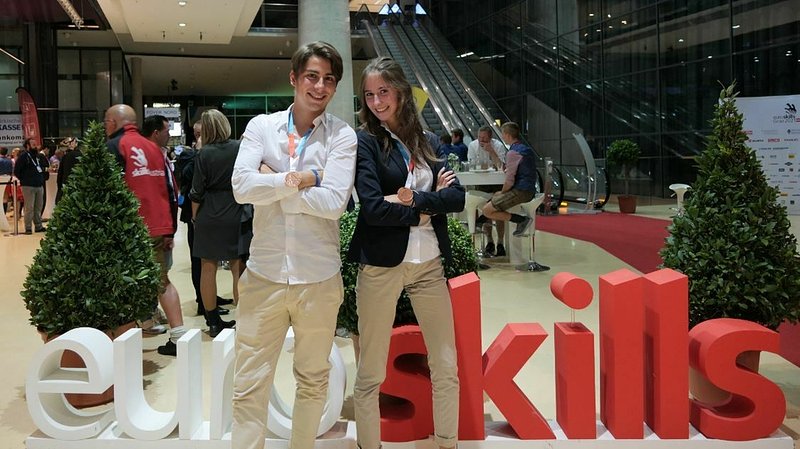 The event in Graz concluded with a closing ceremony on Sunday evening.

After three days of competing, participants were eagerly awaiting the jury's decision on who was to leave the EuroSkills 2021 with a medal. Team Luxembourg was represented by nine people who battled it out across eight different disciplines.

Gold, silver, and bronze medals were awarded in every professional category. Much to the joy of Team Luxembourg, one of them was given out to Clémentine Offner and Ivo Silva, who participated in the business development competition.

Over the course of three days, both particiapants had to simulate the creation of a successful business model. In the end, the jury rewarded their efforts with a bronze medal.

Minister of Education Claude Meisch has already taken to social media to congratulate Team Luxembourg for their performance. It is the first Luxembourgish medal at the EuroSkills in a number of years.

Minister for Small and Medium-Sized Enterprises Lex Delles has also congratulated the team. Both ministries have cooperated to create an initiative for sustainable entrepreneurial schools in Luxembourg. On 30 September this year, the first official labels will be given out to those high schools which lead by example.