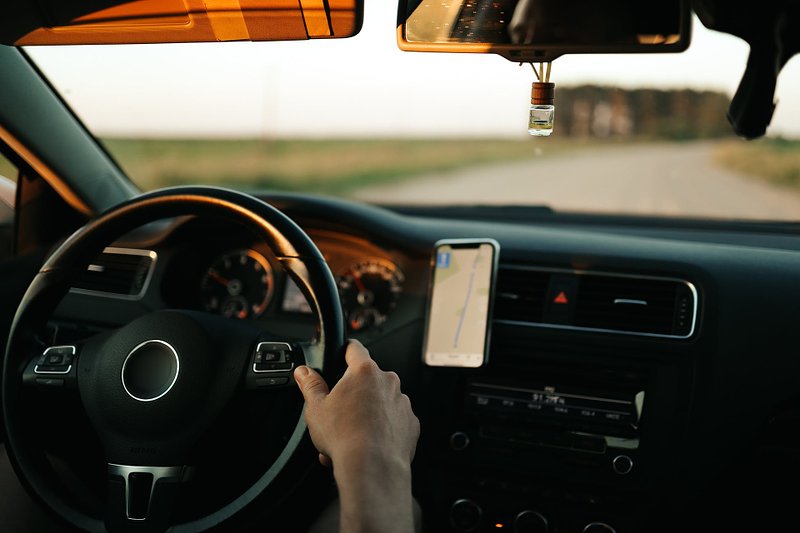 In just five days, three fatal accidents have cost the lives of three young people and injured at least four others in Luxembourg. Not to mention the traumatic after-effects. Paul Hammelmann, president of the Road Safety Association, tried to give some explanations.

"It's terrible what happened", Paul Hammelmann says. "But I could have predicted it," the president of Luxembourg's Road Safety Association (Sécurité routière) adds. For him, as for many people, the deaths of three young people in road accidents in recent days are tragedies.

Early in the morning of Sunday 19 September, a 20-year-old woman, a passenger in a car with eight other people, died in Belval. Two others were seriously injured. The same evening at 9pm, on the N24 between Rippweiler-Barrière and Useldange, a car violently went off the road. The result: one 21-year-old dead, two seriously injured.

On Wednesday 22 September, shortly after 9pm, on the CR169 between Pontpierre and Foetz, a driver loses control over his car, hits a tree, and dies aged 24. Terrible facts, and a tragic week of early autumn. A cold countdown of tragedies that affects "not only the dead, but the family, parents, children, brothers and sisters, it's terrible!", Hammelmann reiterates.

"Watch out, the weather is great!"

Besides the consternation that such a series of accidents provokes, there are also questions. As for the presumed causes, the road safety specialist, who is also a lawyer, points out that for reasons of data protection, a certain silence is maintained on the circumstances of accidents in Luxembourg, with Hammelmann stressing that he will not comment on the accidents in question.

Instead, he refers to generally established facts. The three main causes of accidents in Luxembourg are: "Speed – above all else – alcohol, and youth". Hammelmann also mentions a more circumstantial and psychological cause, which unfortunately allowed him to have anticipated the possibility of such events, according to his own statements. 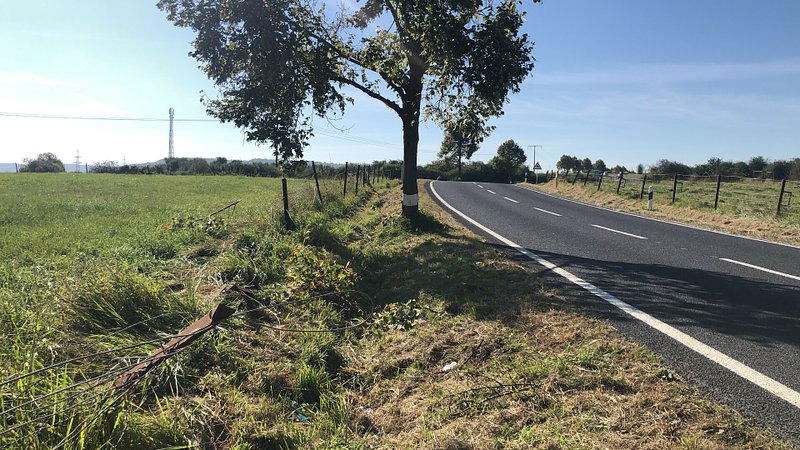 Location of the accident on the CR 169 between Pontpierre and Foetz on 22 September 2021. / © Domingos Oliveira

"The sky is blue, the weather is good, and so is visibility on the road", Hammelmann analyses, adding that it is a well-known fact that after a period of bad weather, people tend to take more risks. In fact, the president of the Road Safety Association continues, when the weather is great, Radio and TV stations should say: "Watch out, it's a nice day! It's a dangerous day!".

It is true that when the weather is bad, that is to say when it snows, rains, or if the roads are icy, motorists automatically adapt their driving habits. But for the expert, it is "much riskier" when people drive very fast when the weather is good. After a mixed summer, the current weather is "more conducive to nonchalance", which can lead to "an unhealthy and dangerous euphoria at the wheel", Hammelmann explains.

"I'd introduce left-hand traffic for two to three weeks"

"Young people lack experience, they have powerful machines in their hands and the weather is good. The three combined, and tragedy strikes", the president of the Road Safety Association warns. According to Hammelmann, it would be rather complicated to introduce legislation regulating the power of vehicles for young people.

But Hammelmann proposes another solution: Introducing left-hand traffic for two or three weeks "as a wake-up call". While there would probably be material damage, Hammelmann is certain that there would be no deaths. The objective of such a temporary change would be to "destabilise" drivers in order to trigger their vigilance. Hammelmann concedes that his proposal is deliberately a bit over-the-top but reiterates that there are simply "too many accidents". 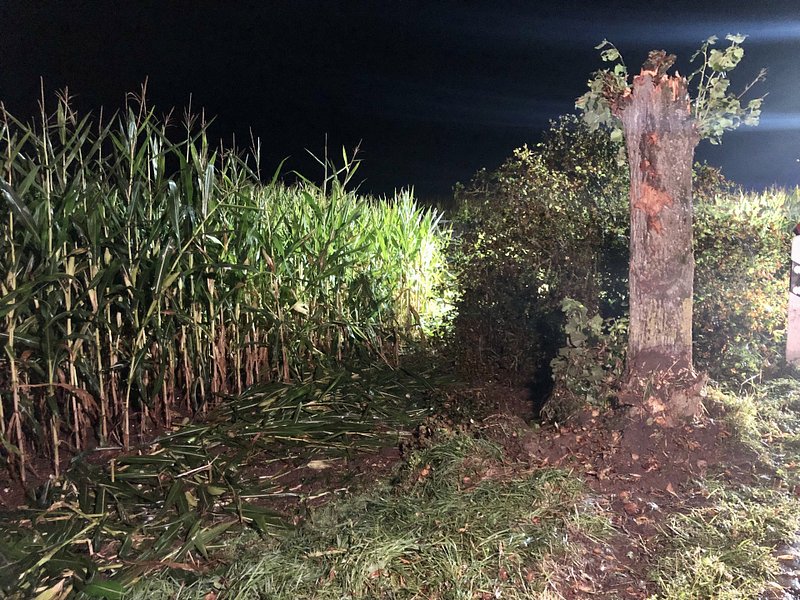 Location of the accident on the N24 between Rippweiler-Barrière and Useldange on 19 September 2021. / © Domingos Oliveira

Above all, the example illustrates a fundamental truth about road traffic: everyone is responsible for their own driving and must remain vigilant. Many people are familiar with the false sense of security that comes with habit. When you are close to home, you relax your attention. "That's when you dare, and that's when it becomes dangerous," according to the expert.

Experiences can make us more relaxed, although here too we should be wary, Hammelmann says: "The feeling of having travelled a lot of kilometres is again a dangerous feeling. You don't care about anything anymore". People should keep "a certain amount of fear", know how to anticipate their route and the behaviour of others, the president of the Road Safety Association explains.

Some of the younger drivers lack life experience in general, that is to say they are not aware of "the tragedies that can happen" simply because they have not experienced any yet.

"The headline should read: 'Yet another road fatality, speeding again to blame'"

As far as prevention is concerned, Hammelmann regrets that the vagueness surrounding the investigations does not always allow the experience to be passed on. He points out that the Road Safety Association has often stated that they do not like the talk about "unknown causes" whenever there is a serious accident. This makes it seem like some random stroke of fate, while it is anything but that, Hammelmann stresses.

Even if, as a lawyer, he knows that "it would be a bit of a prejudgement of the case that will follow in court", Hammelmann insists: "The headline should read: 'Yet another road fatality, speeding again to blame'". This would be a way of raising awareness and contributing to prevention, according to Hammelmann, who adds that for the media, it would an opportunity to do more than just a macabre count.

It is one of many ways of improving road safety. Hammelmann believes that progress is being made, notably thanks to the speed cameras on the N11 and soon on the A13, "a good weapon", as he describes it. However, Hammelmann also reiterates that it is possible to "avoid all accidents", and that the long-term goal remains "Vision Zero".

The "vision zero" action plan, promoted by Minister for Mobility François Bausch, aims to achieve zero deaths and zero serious injuries on the roads of the Grand Duchy. When asked about the realism of such a project, Hammelmann replies that it is "an ambition, perhaps even only a utopia", but also adds that a society needs to have visions like this. A death on the road and even a seriously injured person is "unworthy of our civilised society".

The realisation of such a "utopia" requires everyone to do their part. "It is the behaviour of all of us, the acceptance of certain constraints, speed cameras for example, that will make it a success", Hammelmann concludes. The families of the victims are feeling a great deal of grief, and we can only respond by making everyone responsible for themselves and for others. So, regarding the upcoming weekend: Watch out, the weather will be great!