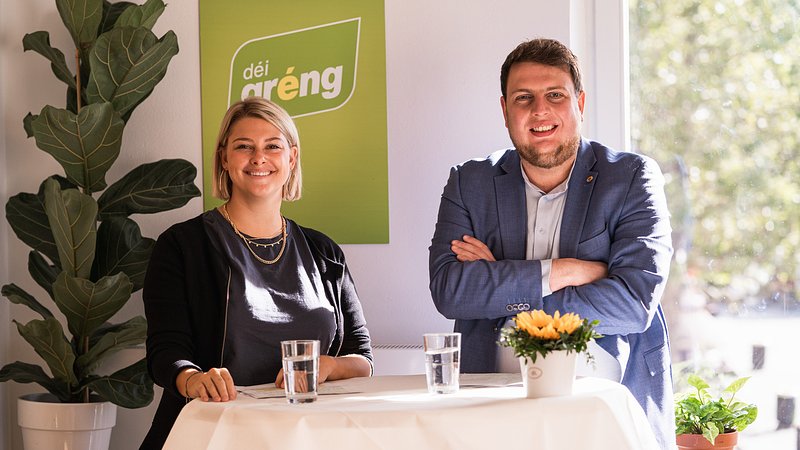 On Wednesday morning, the leadership of the Green Party ('Déi Gréng') held a press conference to mark the upcoming start of the new parliamentary year.

Djuna Bernard and Meris Sehović, the party's two co-presidents, stressed that now is not the time for irrational criticism and most certainly not the time to start writing new electoral programmes, as only one half of the current legislative period has passed. The government has enough time to campaign for more climate protection, more social justice, and more housing space, according to the Green Party politicians.

Until 2023, for instance, the two co-presidents not just hope, but "demand" that the government pass a property tax reform. Discussions must start now, if the project is to come to fruition until the end of the legislative period, Bernard and Sehović stressed. The party leadership declined to give any specifics on the nature of a potential reform, stating that they do not want to anticipate future discussions.

While it is evident that the major tax reform can no longer be implemented by 2023 due to the pandemic, it is still possible to focus on individual issues, Bernard and Sehović argued. In particular, the Green Party is thinking of single parents, who have a 41.3% higher risk of falling into poverty compared to the rest of the population. The party demands concrete proposals in support of this demographic.

Regarding climate targets, the two co-presidents stated that the IPCC report published in summer 2021 once again clearly showed the urgency of the situation. The Green Party's proposals include a climate pact to help companies in their transition, and a grant for electric vehicles beyond March 2022 to boost the decarbonisation of private transport. In addition, Bernard and Sehović emphasised their party's demand for additional efforts in the areas of waste management and food production over the next two years.