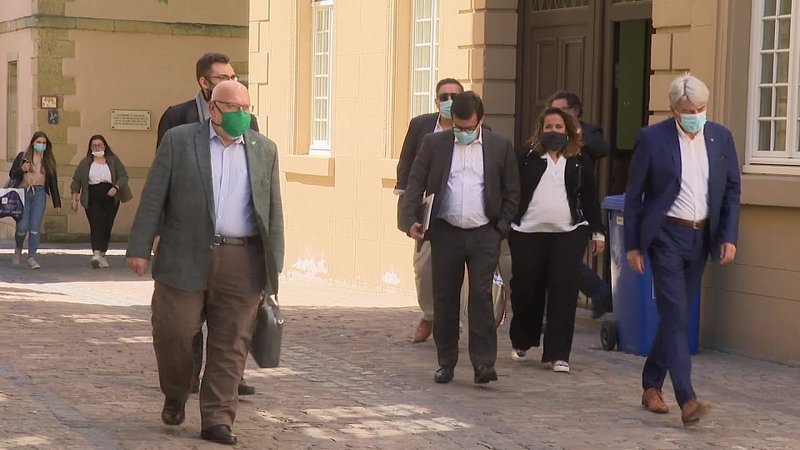 In the context of the Prime Minister's State of the Nation address and the budget proposal, the government intends to announce several measures in the areas of taxes and housing.

However, the government will refrain from announcing any major reforms, such as a fiscal reform, due to the ongoing health crisis and the impact of the pandemic on public finances.

Following the bipartite, the President of the General Confederation of the Civil Service (CGFP), Romain Wolff, stated that it is evident that the situation is better than what one might have expected. For this reason, the CGFP assumes that there will be no "far-reaching, negative measures".

Nora Back, the President of the Independent Luxembourg Trade Union Confederation (OGBL), went even further, stating that the government assured the trade union representatives that there would be no "austerity measures".

The OGBL, the CGFP, and the Luxembourg Confederation of Christian Trade Unions (LCGB) all welcomed the government's willingness to engage in dialogue. Contrary to the country's employers, the trade unions remain convinced that a tripartite, i.e. a reunion between government, trade unions, and employers, is "absolutely necessary".

Patrick Dury, the President of the LCGB, stated that in light of challenges such as climate change and digitalisation, he is convinced that the social dialogue must be reinforced.

On Tuesday afternoon, representatives of Luxembourg's employers will meet with the government.