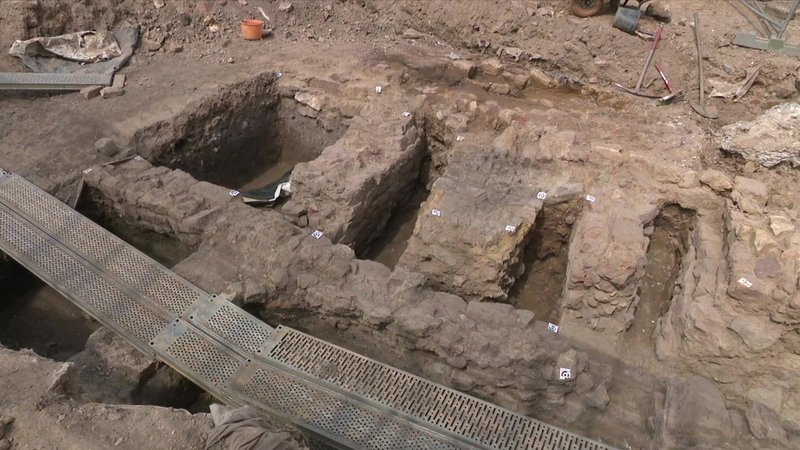 Following a first assessment by foreign experts, it has, however, been determined that what has been discovered is indeed of very high historical value.

The commerce and housing project at the "Petite Marquise" site in Echternach cannot be realised as planned due to the significant archaeological discoveries that have been made during the construction work. However, Minister of Culture Sam Tanson also stressed that it has not yet been determined whether the project is entirely off the table.

After a group of foreign experts confirmed that the discoveries are indeed of very high historical value, further excavations have been planned that will last throughout autumn, Tanson stated. The Minister also promised Echternach's Municipal Council that she would seek the advice of scientific experts to determine how the discoveries could best be exploited. Tanson also announced that after the planned excavations, there will be a public presentation about the discoveries in Echternach.

The municipality purchased the "Petite Marquise" in 2017 for around €3 million and initially planned to build flats and store spaces on the property. According to the Minister, this might still be possible.

Tanson explained that one of the options is to bury the discoveries again, which would preserve them and make it possible to continue building on them. However, this would deprive the public of seeing the discoveries and the international experts have told the Minister that they would consider that "a shame".

Another option would be to build a museum. However, it would be the responsibility of the municipality to plan, build, and manage such a museum. And this is precisely what the Council does not want, or rather is unable, to do, according to Echternach's Mayor, Yves Wengler.

Wengler points out that the municipality already manages a culture house, which accounts for a large part of the municipality's yearly budget. Echternach could thus simply not afford another big museum. According to the Mayor, the municipal authorities informed the State that they would be willing to gift the property to the national authorities, who could then build a museum themselves. However, the State immediately declined that offer, Wengler stated, adding that if the municipality would have to bear the financial burden alone, then building a museum is off the table.

For this reason, the municipal authorities will thus continue to consult with architects to see how this piece of Luxembourg's history can be preserved, made accessible to the public, and at the same integrated into a new building.