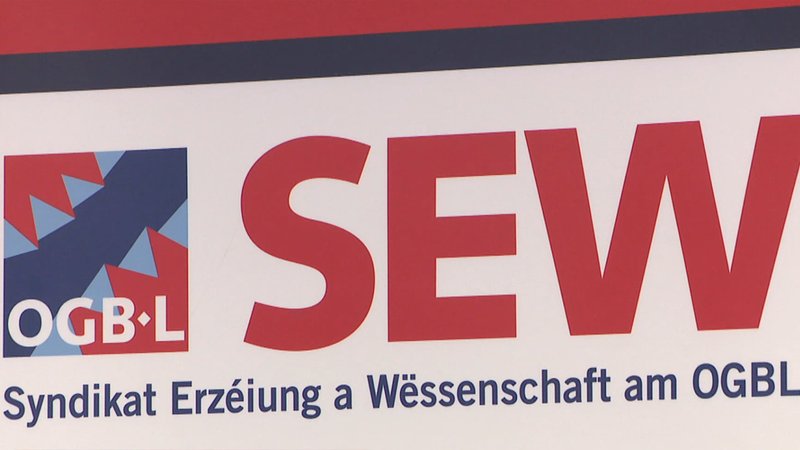 The trade union claims that the minister's measures are "nothing but PR" and do not have any effect on the education sector's major and, in part, "dramatic" problems.

The Syndicate for Education and Science (SEW), a teachers' union within the Independent Luxembourg Trade Union Confederation (OGBL), made these statements during a press conference on Tuesday morning.

The SEW is, for instance, sceptical regarding the introduction of homework tutoring, as the trade union thinks it is unlikely that there would be enough staff or the necessary infrastructure. According to the SEW, the same also goes for the Minister's announcement to raise the age for compulsory education to 18 years. Once again, the trade union argues, the minister has announced a measure without consulting anyone prior and without having any plan to put it into practice.

According to the teachers' union, the minister's press conference was an "embarrassing act of self-promotion".

The SEW thinks that the biggest problem in primary education is the staff shortage, but also the enormous amount of administrative work as well as the abolition of co-management. The trade union demands among other things an adapted contingent, a reallocation of specialists in schools, and less administrative work.

The teachers' union expressed its regret regarding the fact that the "prestige" of the teaching profession was "destroyed" over the past few years, to the point that teachers "don't dare" to tell other people what their job is.

As for secondary education, the SEW welcomed good management of the Covid-19 crisis. However, according to the trade union, this is mainly the achievement of the school staff.